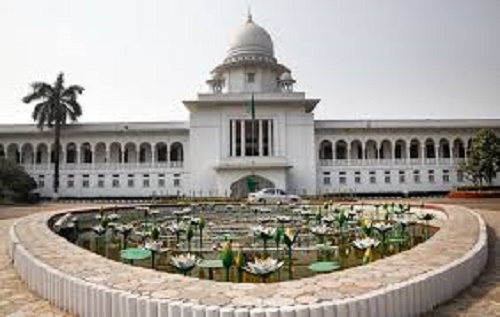 The High Court on Wednesday issued a rule asking authorities concerned to explain as to why it shall no declare illegal and beyond legal jurisdiction the recommendation made in 9th Wage Board Award for journalists and workers of newspapers and news agencies, regarding income tax and gratuity.

The court in it rule asked cabinet, information and labour secretaries to reply its order in four weeks.

According to the chapter 12 of the cabinet committee recommendations for the Ninth Wage Board, income tax levied on the salaries of journalists, press workers and administrative employees have to be paid from their respective income.

Journalists, press workers and administrative employees working at newspapers and news agencies of all categories will get yearly gratuity equal to his one month of basic salary based on his last month’s draw, for his service ranging six months or more.

Sangstha-BSS Employees’ Union, filed the writ petition on November 22, challenging the said two provisions of the Ninth Wage Board in the concerned branch of the High Court.