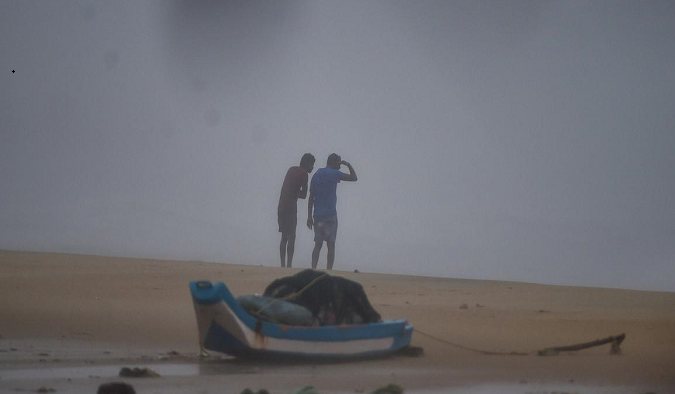 Flights will not take off or land at the Chennai airport for 12 hours from 7 pm on Wednesday and metro services too will be suspended, authorities said ahead Cyclone Nivar's landfall. Coastal Tamil Nadu and Puducherry are bracing for Cyclone Nivar, which has intensified into a "very severe cyclonic storm" and is barrelling towards the southeast coast.

The powerful cyclone is expected to hit the coast, likely near Puducherry, by midnight or early tomorrow, the Met department said. The cyclone could hit the coast between Mamallapuram in Tamil Nadu (which is around 56 km from state capital Chennai) and Karaikal in Puducherry. Nivar has brought with it heavy rain and strong winds in coastal Tamil Nadu and Puducherry.

On Tuesday, Indian Prime Minister Narendra Modi tweeted to assure the Tamil Nadu and Puducherry governments - both have said today is a public holiday - of all possible support. A public holiday has been declared tomorrow in 13 districts of Tamil Nadu, including Chennai, Chief Minister E Palaniswami said.