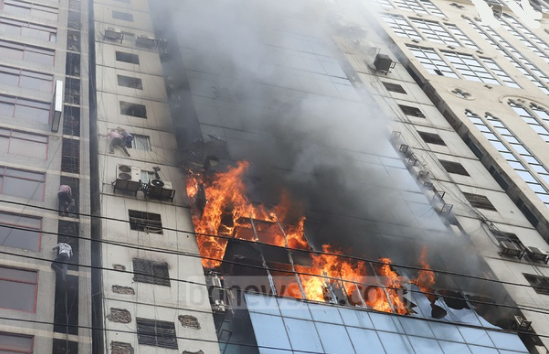 The Anti-Corruption Commission (ACC) approved a charge sheet against 18 people in a graft case filed over FR tower fire.

The national anti-graft agency approved the charge sheet at its regular meeting held at the Commission’s headquarters in the capital, an ACC press release said.

According to the case statements, Rajuk officials and others misused power to give an illegal revised-approval for floor 15 to 18 of FR Tower.

Later, the building was extended to 23 floors by Rupayan without Rajuk’s approval. The building also did not have approval from the Civil Aviation Authority and other authorities concerned.