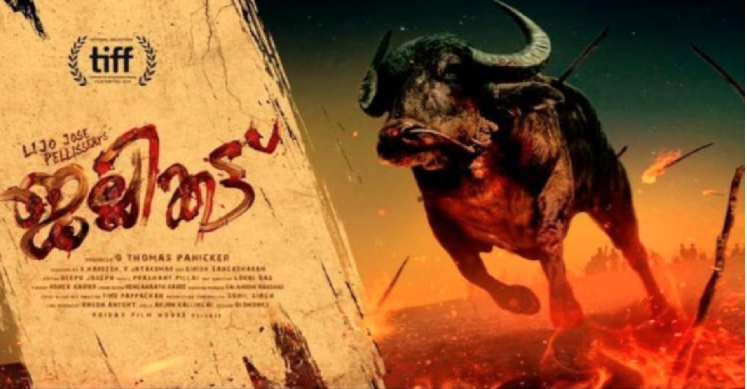 A regional action film titled 'Jallikattu' -- which derives its name from the traditional bull-taming event in the southern state of Tamil Nadu -- is India's official entry to the Oscars 2021.

"There were a total of 27 films that had entered the race from Hindi, Malayalam and Marathi languages. The film nominated by the jury to represent India at next year's Oscars is Malayalam film 'Jallikattu'," filmmaker Rahul Rawail told the media on Wednesday.

"It is a film that really brings out the raw problems which are there in human beings, that is we are worse than animals," said Rawail, also the chairman of the Film Federation of India.

The plot follows a bull that escapes from a slaughterhouse in a hilly remote village and the entire village men gather to hunt down the animal. The film also focuses on subplots like the father of a bride deciding the menu for next day marriage.

"The whole film talks about an animal that has run amok in a butcher's shop. The film has been depicted wonderfully and it has been shot very well. The emotion that comes out really moved all of us to have it selected,"  said Rawail.

Over 2,000 years old, Jallikattu is typically practised in Tamil Nadu during the harvest festival of Pongal, which occurs annually in January. A bull is released into a crowd of people, and thousands chasing the animal bulls to grab prizes tied to its horns.

Over the years, scores of people have been gored or trampled to death in the contests. Though the country's Supreme Court had banned it earlier, the state government passed an ordinance in 2017 to continue the sport.