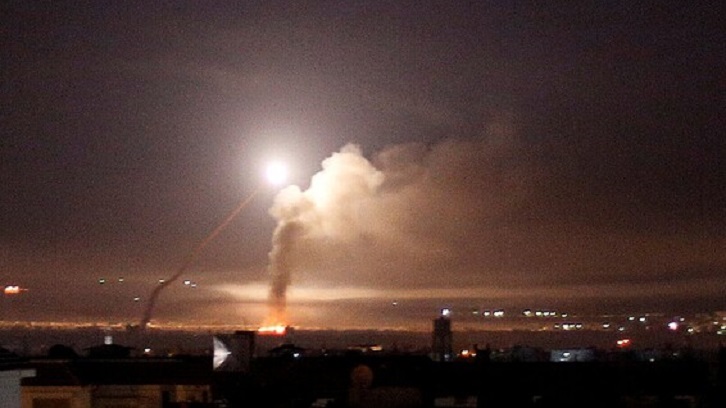 "At 23:50... the Zionist enemy carried out an air strike from the direction of the occupied Syrian Golan towards (an area) south of Damascus," said a Syrian military source quoted by state news agency SANA.

The source added that there were no casualties in the attack.

Earlier, SANA reported an Israeli "aggression" on the area of Jabal al-Manea in Damascus province.

It also mentioned another near the village of Rwihinah in the southern province of Quneitra near the Israeli-occupied Golan Heights.

Israel has carried out hundreds of air and missile strikes on Syria since the country's civil war broke out in 2011, targeting Iranian and Lebanese Hezbollah forces as well as Syrian government troops.

Last week Israeli warplanes struck Iranian targets in Syria, in what the Israeli army called a retaliatory attack after explosive devices were found near one of its bases on the Golan Heights.

Syria's war has killed more than 380,000 people and displaced millions more since starting in 2011 with the brutal repression of anti-government protests.