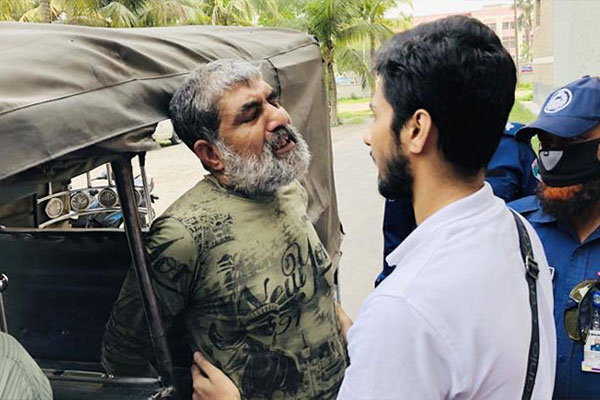 Photojournalist Shafiqul Islam Kajol has secured bail in one of three cases filed against him by Magura-1 MP Saifuzzaman Shikhor under the Digital Security Act.

The court has also made absolute a rule issued earlier as to why Kajol shall not be granted bail.

The case was filed with Sher-e-Bangla Nagar Police Station under the Digital Security. Two similar cases were also filed with Hazaribagh and Kamrangir Char police stations.

"Today, the investigation officer of the two other cases testified in court. The court issued a rule in relation to bail in these cases. A hearing on the rule will be held on December 15. Investigation officer has been ordered to attend," DAG Sarwar told journalists.

On March 9, Kajol was named in a case filed against the daily Manab Zamin Editor Matiur Rahman Chowdhury over a report published on the people ‘involved’ in disgraced ruling party operative Shamima Noor Papia’s alleged escort services based in The Westin Dhaka.

Kajol went missing for about two months following the case and was arrested by the Border Guards Bangladesh from Benapole.

He was later brought to Dhaka from Jashore jail.

On June 23, he was arrested and presented before a virtual court which turned down his bail appeal. The Dhaka Metropolitan Sessions Judge’s Court later rejected his bail appeal again on Aug 24.

He subsequently appealed to the High Court against the decision on September 8.

The High Court then issued a rule asking the government to explain why Kajol will not be granted bail on October 19.