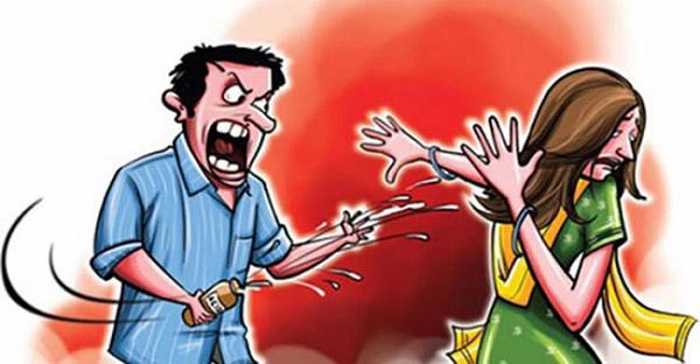 A man threw acid on his wife following a family feud at Kamardah village in Baragram upazila of Natore on Monday night.

The victim was identified as Nargis Akter Nupur, 28, daughter of Anwar Hossain, hailing from the area.

The criminal Abu Taleb, son of Rahat Ali, from the same area, has been on the run after the incident.

According to the locals, the conjugal life of Nupur and Taleb was not going well since their marriage. On Monday evening, Abu locked in an argument with his wife over family issue at Nupur’s house. At one stage, Abu Taleb threw acid on his wife, leaving her seriously injured.

Anwarul Islam, officer-in-charge (OC) of Baraigram Police Station, said that the law enforcers visited the spot and are trying to nab the criminal.

Taleb is also accused in various robbery cases filed with the police station, he said.