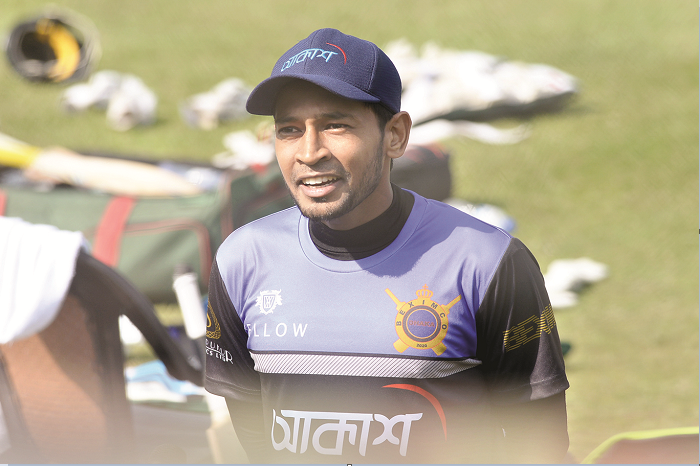 Bangladesh former skipper Mushfiqur Rahim said that he does not see any chance of donning the leadership role in the national set-up despite opting to lead Beximco Dhaka in the Bangabandhu T20.

Mushfiqur agreeing to lead Dhaka in the tournament raised quite a few eyebrows considering he was reluctant to take captaincy in the previous tournament hosted by Bangladesh Cricket Board (BCB) which was named BCB President’s Cup.

BCB President Nazmul Hasan told media ahead of the 50-over tournament that Mushfiqur is reluctant to take the leadership role in the tournament and as a result BCB decided to make Nazmul Hossain as the third captain of the tournament apart from Tamim Iqbal and Mahmudullah Riyad.

Mushfiqur agreeing to play under the leadership of Nazmul indicated that he seemed to have lost all interest in leading.

As a result the appointment of Mushfiqur as the captain of Beximco Dhaka came as a surprise to many in the cricketing fraternity considering the mind-set carried by the leading batsman of the country regarding taking up the hot seat. Some even went to an extent of believing that this might just be a turning point of his career as far as leadership role in the national team is concerned.

“I feel there is no chance of me leading in the national side,” said Mushfiqur.

“They (BCB) feel that there are some young players and if they are given the chance (captaincy) it will be beneficial for them,” said Mushfiqur.

“In the national team or other teams there are a lot of young players and as I am not interested to lead in the national team, I feel they should be given the chance of captaincy so that they can gain experience from that tournament (President Cup),” he said.

“I think the more (young players) responsibility they take, the better it is. It will help them to be more responsible,” he said

“In this tournament (Bangabandhu T20) the franchise (corporate house) thinks that I am the best person to guide the team and that is why I have taken the job of leading the team,” said Mushfiqur.

“Captaincy depends on what the franchises ( corporate) wants and this is just an opportunity for me as well as challenge to make my team the number one team in  the tournament,” he added.

Beximco Dhaka will take on Minister Rajshahi in the opening game of the tournament at Sher-e-Bangla National Stadium on November 24.