Pakistan's bluff on Oct 1947 invasion of J & K continues to be alive: Experts 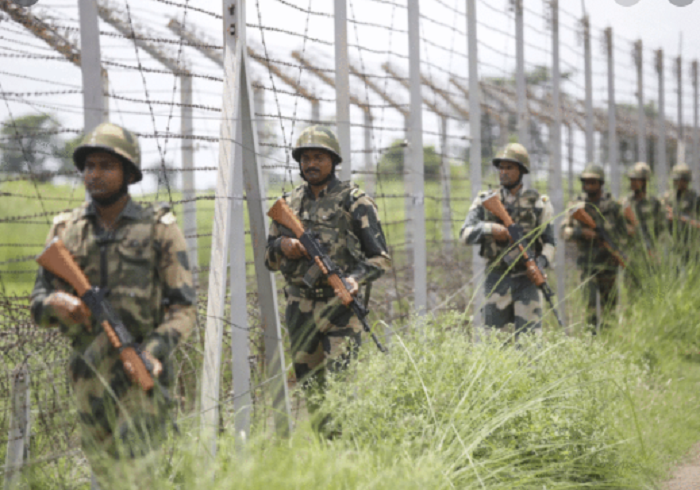 Pakistan had bluffed the international community following its invasion into Jammu and Kashmir in October 1947 and this false narrative has remained a part of global discourse.
A webinar on 'Pakistan’s Invasion of Kashmir 22nd Oct. 1947: Darkest Hour in the History of Jammu and Kashmir' was organised by Udaipur based think tank Usanas Foundation, focusing on the Pakistan backed tribal invasion of Jammu and Kashmir.

Hasnain said, “The story of Kashmir needs to be retold. Today I will try and shed light on what is actually the black day because for years Pakistan has tried to propagate a false narrative and claim that the black day is actually on the 26th of October when the instrument of Accession was signed by the Maharaja of Kashmir. There are similar unattering labels attributed to 27th of October as well. India is a rather innocent nation, honest and truthful and like to tell things as we see things, but often times we fail to realize that our neighbors that those around us are not like us. The falsely create narratives that suit them and their situation.”

“Due to this, for the last 70 years, the international community has only heard false narratives regarding the events of 22nd October 1947 and India has willingly or unwillingly been unable to correct that perception. India has believed that the events that happened on 22nd and the days following that were something of history. As these false narratives were not addressed during the initial phase, they have become deeply engrained withing the international community. The narrative that has been created is that Kashmir is a Muslim majority region and therefore belongs in Pakistan because it is an Islamic nation. Another false narrative is that India used force and coercion to force the Maharaja to sign the instrument of Accession and then in order to make it look legitimate moved in its troops on the 27th. They further state that India forcefully took over Kashmir and that is why that part of Kashmir is ‘illegitimately’ with India,” Hasnain pointed out.

Expressing similar sentiments Mattoo said, “We will try to delve deeper into the aspect of civilian resistance to the Kabali tribal raid of Kashmir that was aided and supported by Pakistan. Before the Indian Army landed in Kashmir, volunteers from the Kashmiri civil society passionately, voluntarily and devoid of materialistic incentive trained themselves in the use of rearms in order to resist the invading tribals. Men, women and even teenagers took up arms against the Pakistan aided invaders. This civil resistance prevented an onslaught on Srinagar, in the absence of these patriotic ghters, Srinagar would have suered much greater damage on par with other regions of Kashmir.”

Many of those who fought and died, including 19-year-old Maqbool Sherwani remain unsung. Sherwani’s life and legacy, as well as his ideals must be mainstreamed throughout the country, noted Mattoo.

“Many in the younger generations have forgotten the truth of the events that transpired on 22nd October 1947, therefore discussions such as these are extremely important of that the current disputes in Kashmir can be put in a historical context.

propagated by Pakistan. The educated section of J&K seems to have turned a blind eye towards the history of J&K. The current generation are a product that was not only a victim to the poisonous narrative spread by Pakistan, this narrative has also destroyed the harmonious nature of the valley,” according to Mir Junaid.

Kugelman pointed out that very few in the US, whether they be policy makers or academia wish to get bogged down by the history of the Kashmiri issue, the US administration only cares about the current situation. “There has been a myth that US policy towards the Kashmir issue has changed during the Trump years, this is largely because of some comments he has made such as oering to mediate talks between India and Pakistan. But that was not a true oer of mediation and the US policy has not changed…The incoming Biden administration may be more willing to talk about the Kashmir issue privately but the issue will not be a high priority.”

Biden will enter the White House with the same goal as past presidents, to pursue strategic- security partnership with India. There is also bi-partisan support for this partnership. Therefore, it is unlikely that Biden will risk that relationship by bringing up the topic of Kashmir, according to Kugelman.

“Terrorism will be a big issue for Biden personally. Biden sees India-US relationship above all as a counter-terrorism partnership and countering China is a secondary aspect. This importance to terrorism given by Biden suggests that Biden taking a harder stance against Pakistan when it comes to India or Kashmir centric extremists. In the event of a Pulwama 2.0, the US administration would be fully behind India…,” claimed Kugelman.