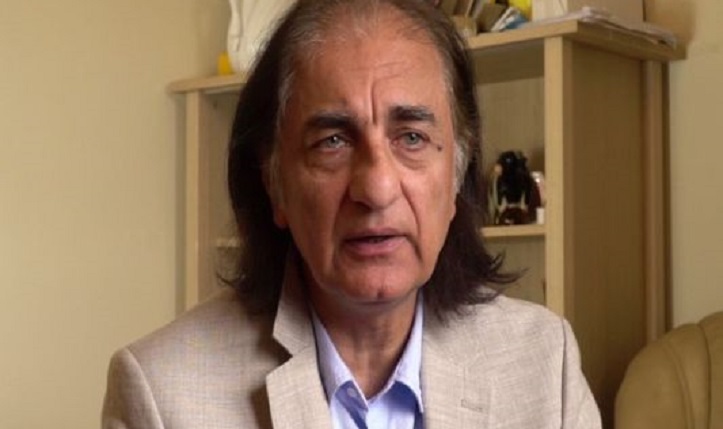 Asserting that Pakistan Army cannot be trusted, an activist from Pakistan-occupied Kashmir (PoK), Amjad Ayub Mirza, on Friday said that Islamabad sent terrorists into Jammu and Kashmir to disrupt the upcoming polls on the same day it told the world that they are sentencing designated terrorists, including Hafiz Saeed to 10 years' imprisonment.

On his YouTube channel "Pakistan Exposed", Mirza, who is from Mirpur in PoK and living in exile in the UK, accused the government of subjecting the people of the PoK to human rights abuses, calling for pre-emptive terror strikes in the region to eliminate terrorists. "Pakistan Army cannot be trusted... On the same day, they are telling the world that we are sentencing designated terrorists to 10 years' imprisonment. On the same day, they sent terrorists in Jammu and Kashmir to damage and disrupt the election," Mirza said.

"There should be pre-emptive strikes in PoK. I Come from Pakistan-occupied Jammu and Kashmir. On October 22, 1947, Pakistan occupied the region and ever since we have been subjected to the worst kind of human rights and civil rights abuses. And there are terrorist camps in every single town," he added.

A Lahore anti-terrorism court on Thursday sentenced Saeed to a total of 10 years' imprisonment in two terror-financing cases, but according to sources, the Counter-terrorism Department officials are treating him as a VIP.

Pakistan's Counter-terrorism Department has registered 41 cases against the Jamaat-ud-Dawa leaders. The US has also placed a USD10 million bounty on Saeed, a UN-designated terrorist.

Jamaat-ud-Dawa chief Saeed, the alleged mastermind of the 2008 Mumbai terror attacks, was arrested on July 17, 2019, at Kamoke toll plaza, about 50 km north of Lahore.

Meanwhile, on the day he was sentenced, four terrorists of Pakistan-based terror group Jaish-e-Mohammed, who had infiltrated in Jammu and Kashmir with an intention of a terror attack, were killed in an operation conducted by the Indian security forces.

A significant quantity of Pakistan-made medicines was recovered from the possession of the terrorists, sources said. As many as 11 AK-47 rifles, three pistols, 29 grenades, and other devices were also recovered from them. (ANI)