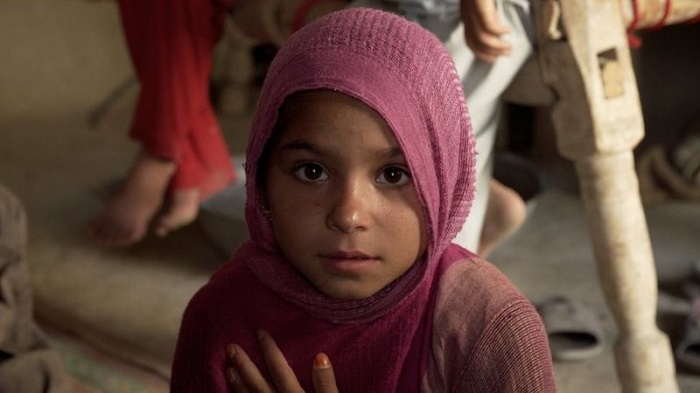 An average of five children have been killed or wounded every day for the past 14 years in war-torn Afghanistan, a charity has found.

The charity has urged donor nations to protect the future of children ahead of a key meeting in Geneva on Monday.

Violence has been rising in Afghanistan amid stalled peace talks and US troop withdrawals.

Afghanistan is among the 11 most dangerous nations in the world for children, according to Save the Children.

In 2019 it accounted for the greatest number of killing and maiming violations of all the global conflicts covered in the charity's report released on Friday - with 874 Afghan children killed and 2,275 maimed.

More than two-thirds of those killed and maimed last year were boys, it said, "as a result of ground engagements between pro- and anti-government forces or of improvised explosive devices in both suicide and non-suicide attacks".

The report found that schools have routinely been attacked in the ongoing conflict that pits the Afghan government, supported by US troops, against the Taliban and other insurgents.

Save the Children said that between 2017 and 2019 there were more than 300 attacks on schools.

"Imagine living with the constant fear that today might be the day that your child is killed in a suicide attack or an airstrike. This is the grim reality for tens of thousands of Afghan parents whose children have been killed or injured," said Chris Nyamandi, Save the Children's country director in Afghanistan, in a statement.

Ahead of the 2020 Afghanistan Conference, a meeting of international donors that is starting in Geneva on Monday, the charity urged donor nations to safeguard the future of Afghan children.

Afghanistan has seen decades of violent conflict that has left tens of thousands of civilians dead.

US forces have been in the country since 2001 in an operation to oust the Taliban after the deadly 9/11 attacks in New York.

The Taliban was removed from power but later regrouped and now controls more territory than at any time since the start of America's longest war.

In February the US started withdrawing its troops after signing a landmark agreement with the insurgents. But violence in the country has risen again as the Taliban steps up its offensives amid stalled negotiations with the Afghan government.

On the weekend a deadly rocket attack in Kabul killed at least eight and wounded more than 30.

Many observers have warned that the Afghan army is not strong enough to fight the insurgency alone after foreign troops leave.

But last week the US announced further cuts, saying it would withdraw 2,000 troops from Afghanistan by mid-January, leaving some 2,500 in the country.