Attack on Hasina’s motorcade: Order on appeal of accused Tuesday 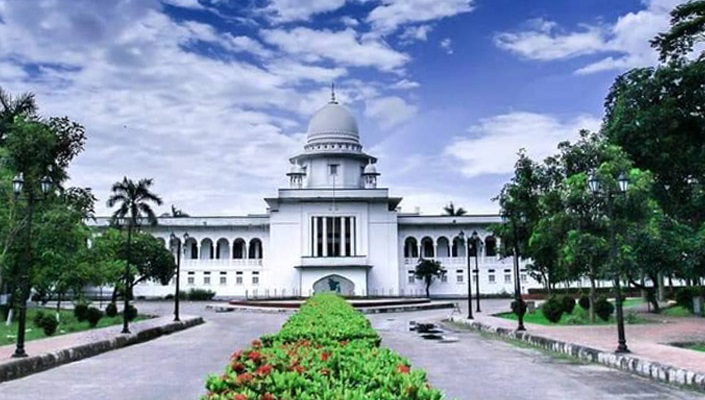 The Appellate Division is set to deliver its order on accused Rakibur Rahman’s appeal on disposing of the case over an attack on Sheikh Hasina’s motorcade in Satkhira in 2002 on Tuesday.

The appellate bench led by Chief Justice Syed Mahmud Hossain fixed the date after hearing on the issue today (Monday).

Three separate cases were filed over the attack on Sheikh Hasina's motorcade on August 30, 2002. Of the cases, an accused named Rakib of the attempt-to-murder case appealed at the HC in 2017 seeking dismissal of the case.

In the appeal, Rakib said he was ten years old when the attack took place.

Responding to the appeal, the HC on August 23, 2017, stayed the case proceedings. Besides, the court also issued a ruling over dismissing the case.

Since then the case was lifted, and Additional Attorney General SM Munir recently stepped in for the rule hearing. On September 24, the HC began the hearing of the rule and the court gave the order Thursday after several hearings.

Sheikh Hasina's motorcade came under attack in front of the BNP party office in Satkhira's Kalaroa area on August 30, 2002. A number of people including former parliamentarian Mujibur Rahman were injured in the attack.

Kalaroa upazila freedom fighter Moslem Uddin filed a case that day. Police submitted charge-sheets against 50 including Rakib in 2015. Police in the charge statement said the attack was carried out to assassinate Sheikh Hasina.