'BNP denied recent arson attacks only to protect criminals within' 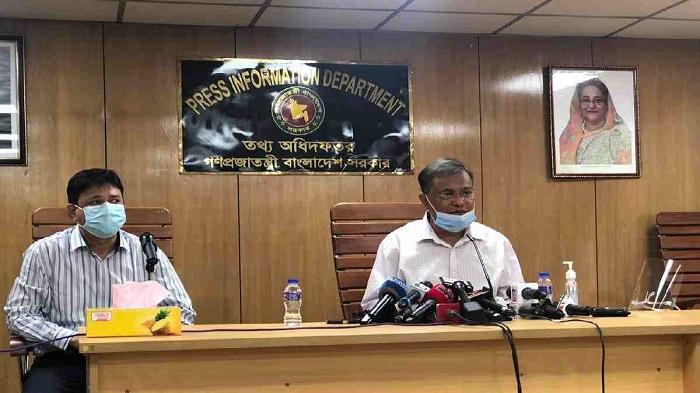 The way vehicles were torched on November 12 is quite similar to the incidents of 2014-2015. What was worse was the denial that followed.

Those who pulled the strings from behind the scene and gave financial support are also to blame.

Also, the ones who are trying to cover up the attackers should be brought to book.

Information Minister Hasan Mahmud said this on Sunday while talking to reporters at the secretariat.

"BNP Secretary General Mirza Fakhrul Islam Alamgir and other top leaders of the party tried to protect the criminals within it by denying the allegation."

"But based on video footage of the arson attacks, the law enforcers have already arrested some leaders and activists of Jubo Dal. And they admitted that the plot of carrying out arson attacks was hatched in Banani and also revealed the source of financing," the minister said.

At least 11 buses were set on fire in different parts of the capital including Motijheel and Paltan on November 12.