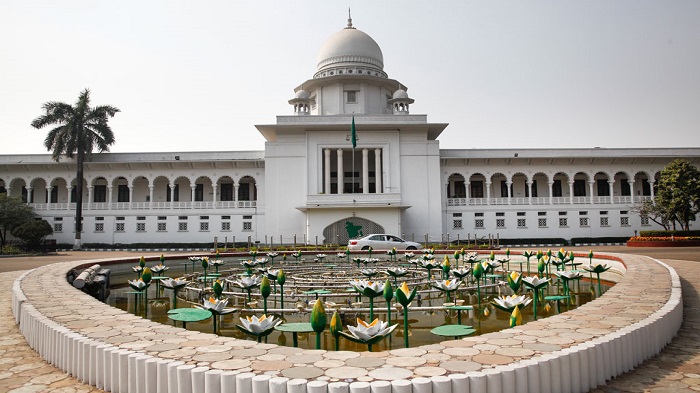 The High Court on Sunday sought information on money launderers it termed as “national traitors” and “enemies of the state” who should be brought to book.

It issued a rule asking the government to explain why the ineffectiveness of government institutions concerned to prevent money laundering should not be declared illegal.

The bench of Justice Md Nazrul Islam Talukder and Justice Ahmed Sohel issued the suo–mote rule after noticing the comment of the Foreign Minister published in different newspapers.

It also ordered the Anti-Corruption Commission, the Bangladesh Bank governor and National Board of Revenue (NBR) chairman to submit the list of those involved in money laundering with their names and identification to the court within December 17.

“I thought that the number of the politicians (involved in money laundering) would be higher but [according to] the report I received … many government officials have houses in foreign countries and their children are studying there. I’ve received 28 cases and among them four are politicians while some are RMG businessmen. We’re trying to collect more information,” he said at a programme at the Dhaka Reporters Unity.

A number of newspapers carried the minister’s remarks.

According to Swiss National Bank's (SNB) annual report for 2019, deposit of money by Bangladeshis and enterprises went down by 2.38 percent to 603 million Swiss Francs (CHF) in 2019 from 617 million CHF in the previous year.

Bangladesh is gearing up for a crackdown on black money. The government is reportedly planning to sign taxation agreements with as many as 12 countries for allowing exchange of information in order to bring back black money stashed abroad.

In the latest budget, the government introduced a scope to whiten black money.