Kindergartens on verge of closure

One million teachers in financial hardship 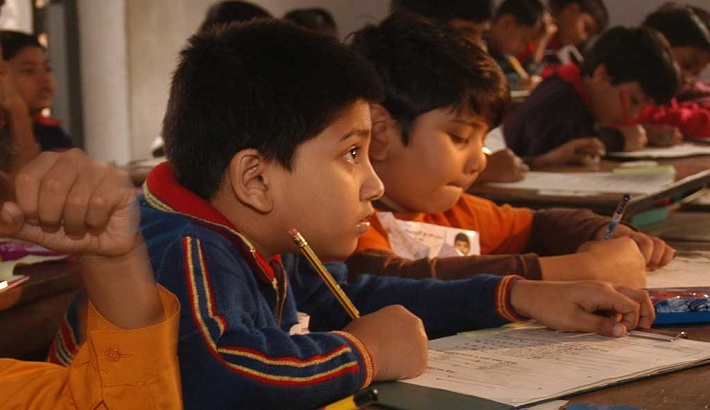 Around 60,000 kindergarten schools across the country are in serious financial trouble as the schools remain closed since March 17 due to Covid-19 pandemic.

Around 1,000 kindergartens have already shut down as they fail to pay the teachers and staff and also the landlord of the property the school authority rented to run the institution, while many such schools are on the verge of closure.

Kindergarten owners also said tuition fees were the only means to pay the salary for the staff of these schools, which they collected directly from the students, but now that scope is dashed now due to the pandemic.

Around 99 percent kindergartens are housed in rented buildings. Of the monthly school income, 40% went to rent, 40% to teachers and staffers and the remaining 20% or more on utilities.

But the schools are not getting the tuition fees from the students due to the closure.

M Iqbal Bahar Chow-dhury, chairman of Bangladesh Kindergarten School and College Oikya Parishad, told daily sun that, “Teachers and staff of Kindergarten cannot get their salaries as the schools are not able to collect tuition fees from students.”

“Teachers have been living a miserable life. It would have been great if the teachers could receive incentives from the government.”

He said, “Around 1,000 schools have already closed while many teachers are forced to be involved in manual jobs, changing their profession as they are unpaid from the schools.”

Iqbal Bahar also sought financial assistance for the schools that are hit-hard by the pandemic. He asked for the Prime Minister’s intervention to reopen the kindergartens in compliance with health regulations.

One Md Safayet Hossain has been running, “Skylark Model School” in Matikata area in Dhaka since 2009 but he has never faced such a survival challenge like the current situation.

The school with around 475 students has been closed since March 17 in line with the government directives to contain Covid-19 transmission in the country. As there has been no payment from parents because of the closure, the school’s finances are now in shambles.

Shafayet said, “The school is closed, and parents are unable to pay tuition, but we need to pay Tk85,000 for monthly rent and we have already took a loan of Tk13 lakh till now.”

“If the schools do not reopen by this year, we will be forced to close it,” he added.

There are 41 teachers and staff in the school struggling to survive and none of them has received any payment since March.

Mentioning the reputation of the school, Shafayat said 22 students got GPA-5 in PEC exam from the school last year though none of the students from a nearby government primary school got any.”

Another kindergarten school named “Scholars International School” is situated at Alambag in the capital’s Jurain where 180 students are studying. The school authority has to pay around Tk30,000 as rent for the school building every month.

Imon Ahmed, director of the school, said, “We cannot collect tuition fees from the students since March 17 due to the closure of the school. I am afraid that if the situation does not get back to normal soon, it will be difficult to run this institution,” he added.

Like the two, many other kindergartens are also in financial turmoil due to the Covid-19 pandemic. Having gone unpaid for nearly seven months, many teachers are now looking for alternative sources of livelihood.

Teacher association leaders said around 10 lakh teachers of the 60,000 kindergarten schools are facing serious financial hardship amid the coronavirus pandemic as the authorities of the institutions can’t pay the salaries of the teachers and employees.

Besides, the teachers also could not go for private tutoring due to the coronavirus outbreak.

Seeking anonymity, a teacher of a kindergarten said remaining unpaid for over eight months, many a teacher is now involved with running small shops and many are looking for alternative sources of livelihood.

On the other hand, around one crore students at the 60,000 kindergartens are also in trouble due to closure of the schools over the last eight months. Most of the students are now out of academic activities as teachers have no communication with the them.

If the government does not give proper attention to the students of kindergartens, a large number of the learners may be involved with child labour and there is also the possibility of dropout from the schools, said insiders.

Talking to daily sun, Mizanur Rahman, general secretary to Bangladesh Kindergarten Association, said, “No words can explain our hardship amid the pandemic.”

Mizanur, also owner of Rose Garden High School in Jatrabari area, said both owners and teachers of kindergartens are passing miserable days due to the crisis.

“But we are yet to get any finical assistance from the government.” He urged the government to take steps to reopen the kindergarten within the shortest possible time.

The daily sun called Sate Minister for Primary and Mass Education Md Zakir Hosen over his phone for comment but he did not pick up the phone.