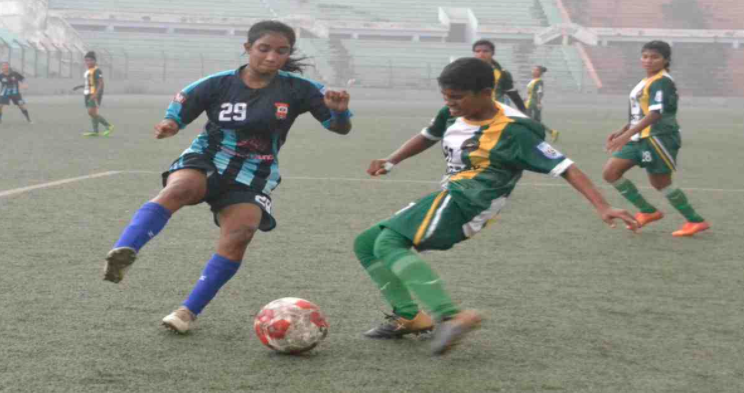 After a barren first half, forward Aklima Khatun opened account for Nasrin SA in the 75th minute (1-0) while defender Anai Mogini doubled the margin in the 80th minute (2-0). A few minutes before the final whistle, Anuching Mogini sealed the fate for her side scoring the third goal in the 87th minute (3-0).

With the day’s feat, the second-placed Nasrin SA earned 18 points while Gallactico Sylhet remained at the bottom place with their previous credit of one point.

In the day’s other match, Jamalpur Kacharipara XI beat Kumilla United by 2-1 goal at the same venue.

Defender Nahar put her side Kumilla ahead of Kacharipara in the 18th minute (0-1). Midfielder Sadia Sarker leveled the margin in the 43rd minute (1-1) while another midfielder Anika Tanjum confirmed the victory in the 71st minute (2-1).

With the day’s feat, the fourth-placed Kacharipara earned 13 points while Kumilla remained at the sixth position with their previous credit of one point.