Barishal eyeing to play out of the box 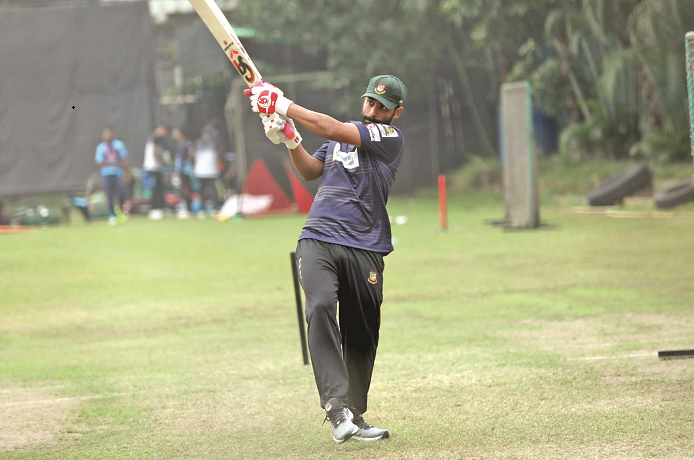 Bangladesh opener Tamim Iqbal said on Saturday that Fortune Barishal have to play out of the box to do well in the upcoming Bangabandhu T20 Cup considering they made a blunder in the players’ draft.

Going through the Fortune Barishal squad one thing looks apparent and that is lack of experience as there is no other seasoned campaigner in the squad apart from Tamim who can handle the pressure of T20 cricket with ease.

Apart from Tamim, Barishal have pacer Taskin Ahmed, who was in terrific rhythm during the BCB President's Cup. The tall pacer seems to grow as a bowler, which will surely help Barishal in the tournament and bolster their pace bowling unit with also features Abu Jayed and Kamrul Islam Rabbi.

The promising Afif Hossain, off-spinner Mehedi Hasan Miraz and leggie Aminul Islam Biplob also feature, as well as batsman Saif Hasan. Apart from them, Barishal will bank on Irfan Sukkor, Tawhid Ridoy and alongside Mahidul Ankon and Pervez Emon from the Under-19 side.

“The team we have, if we want to be successful then we would need to play out of the box cricket,” Tamim told reporters on Saturday as all teams started their preparation for the upcoming tournament.

“It would be difficult for us if we play according to a normal set of plans. If a few players, who the other teams are not even considering playing good cricket, play well then we can achieve something,” he said adding that he admits making a blunder in the players’ draft.

“There is no doubt that we (Barishal) made a blunder during the players’ draft. But cricket is an unpredictable game. Some players who we are not even considering (as game changers) and thinking about can end up doing great for the team. Even in the (BCB) President’s Cup, some of the most talked-about players were the ones who we did not even imagine playing well before the start of that tournament,” he said.

Tamim remained off-color in last month’s BCB President’s Cup but showed glimpses of return in the just-concluded PSL scoring 18, 30 and 35 for Lahore Qalandars but the left-hander added that he would have been happy if he could translate those starts.

“It will certainly help that I am among matches,” said Tamim.

“I regret not being able to make those starts counts because I was playing positively. I was successful with my batting plan but for a brief period of time but should have made fifties or sixties after those starts,” he said adding that the pressure of captaincy is a myth made by the media.

Tamim, who was the captain of a team in last month's BCB President's Cup, failed to take his team into the final and as he was not among runs whisper started to flow in the cricketing fraternity whether captaincy is having a toll on him considering he replaced Mashrafe Mortaza as a the ODI leader.

“I am yet to play a competitive match (since being named the captain of Bangladesh ODI side). At first, I would need to play a competitive match. Pressure of captaincy is actually something made up by you people (the media). I have not yet played any international game (as a captain). I even said that the success of a captain should be judged based on the performance of the team over a year or a period of six months. And that is true for any leader in the world,” said Tamim.

“You have to judge after at least 20-25 matches how much the captaincy is affecting my game. All of you start talking about the pressure of captaincy just after two or three games. No one can learn anything in just two or three games and it is true for everyone. A kid takes nine months to learn how to walk. But before that you cannot say that the kid can’t walk,” Tamim concluded.