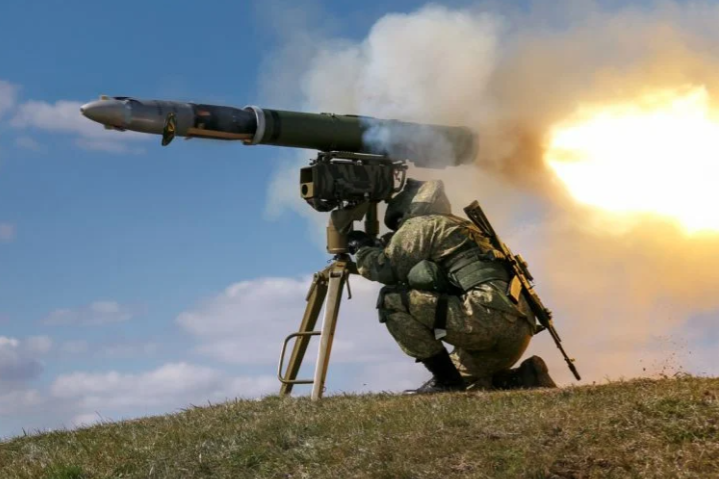 Following India’s retaliatory attack in response to the alleged ceasefire violation by the Pakistani Army which resulted in the deaths of six civilians and five Indian security personnel, a Beijing-based expert has hailed the surprising manner in which Indian soldiers carried out the daring anti-Pak operation.

Pakistan initiated unprovoked ceasefire violations along the Line of Control (LOC) across multiple sectors which included Dawar, Keran, Uri, and Naugam, leading to heavy bloodshed on the Indian soil according to a report by Indian media citing the Government.

The anti-tank guided missile systems are originally used to destroy tanks, but the weapon has been used against other targets in recent battles, including lightly armored and soft vehicles, fortifications, enemy infrastructure, fire points, and snipers.

According to an Islamabad-based strategic affairs analyst Shahid Raza – “The video (released by the Indian army sources) appears to be consistent with the flight profile of an anti-tank missile. The Indian Army is using Kornet ATGMs to target Pakistani installations at the border.”

According to Pakistani media reports, the Indian attack led to widespread damage in civilian areas, with videos suggesting houses going up in flames.

Chinese Experts Praise India
However, labeling the surprise attacks as a well-planned operation, a Beijing-based military expert writing in an article for a Chinese website Sohu, said,

“The Indian special forces first divided into multiple groups and penetrated into the launch position late at night. In the early hours of the morning, Indian special forces carried out both precision and long-range  operations using anti-tank missile (ATGM) destroying the Pakistani bunkers,”

“Subsequently, the Indian artillery began to shell a stronghold of a Pakistan forward post at an altitude of 5,000 meters, destroying the stronghold first, and then sweeping the trenches,”

“At the same time, the battlefield was closely monitored, and Pakistani soldiers disappeared in the woods after being found locked and bombarded. It can be said that it was a well-planned offensive”.

However, the expert claims that India changed its mind about deploying Apache attack helicopters against Pakistani forces fearing the latter’s anti-aircraft missiles.

“The Indian army had previously thought of dispatching the AH-64E ‘Apache’ gunship, but abandoned this idea after discovering that the ‘Apache’ was unable to display combat effectiveness in this canyon terrain,”
Operated mainly by the US Army, the AH-64 Apache helicopters are considered to be the most advanced multi-role combat choppers in the world, with India being one of the 16 nations to add them to their military arsenal.

“Once a war begins, the Pakistani army also has a way to deal with the ‘Apache’ armed helicopters. The most effective weapon is undoubtedly the anti-aircraft missiles,” The expert said.

“In the previous wars in the Middle East, US military helicopters have been shot down by man-portable anti-aircraft missiles. This shows that the Indian army is still very cautious this time,” he maintained.

India had procured the latest ‘E’ variant, considered the most upgraded version of the helicopter, following an agreement with US manufacturer Boeing.

Called the ‘Guardian’ for its increased capabilities, the AH-64E is a twin-turboshaft attack helicopter with a tailwheel-type landing gear arrangement for a crew of two people.
The chopper has the potent Longbow radar, along with more powerful engines. In addition, it has the capability to control UAVs. The AH-64E Apache is said to be fit for all maritime strike roles.

The chopper is equipped with the latest communications, navigation, sensor, and weapon systems. It has an advanced Modernized Target Acquisition Designation System that provides day, night, and all-weather target information, as well as night vision navigation capability.