In Search of Win-Win Friendship 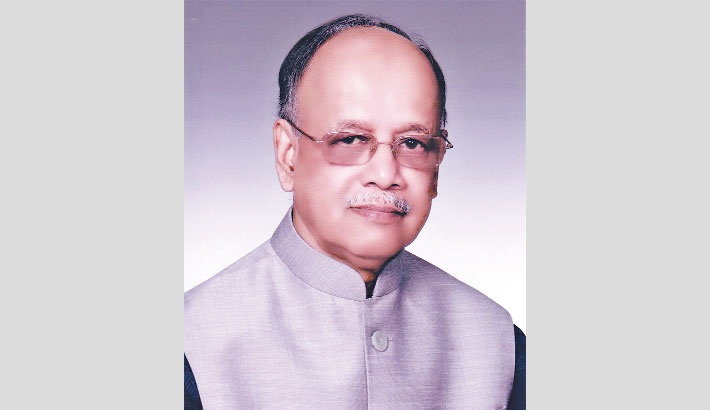 It was an unusual development when the senior government officials of the North Indian state of Mizoram, adjacent to the borders of Bandarban of Bangladesh declared recently if  necessary they will get essential supplies from either Bangladesh or Myanmar if the blockade of supply trucks in Assam is not eased while the state’s supply, including food items keeps on depleting. The blockade was the result of the usual rift between the two neighbouring Indian states of Assam and Mizoram.

The state of Mizoram is a landlocked state in Northeast India whose southern part shares 722 kilometres long international borders with Bangladesh and Myanmar. It is the fifth smallest state in India with a population of approximately 1.9 million. The state was previously a part of Assam until 1972 when it was carved out as a Union Territory later to be declared as the 23rd state of India. According to the available statistics, about 20 percent of Mizoram’s population live below the poverty (30 percent in urban areas) level. The state is primarily agricultural and job opportunities in this landlocked state are scant and it has to depend for most of its essential supplies on other states of India. The state is connected with the rest of India through a national highway system, but when the system is disrupted for any reason the locals suffer the most. The border related problems with its neighbouring state Assam is not new and according to the senior Mizoram government officials prior to every state legislative assembly election in Assam there is always an unnecessary tension between the two states of India. Assam frequently alleges that Mizoram harbours illegal immigrants from Bangladesh, an unfounded allegation which Bangladesh has always rightly refuted. There is no earthly reason why any Bangladeshi should go and settle either in Assam or Mizoram or for that matter in any neighbouring state of India. There may be temporary movement of working class people across the border from both the countries. In an era of globalisation this is not unusual. In a recent report published in a leading national daily there are 12,500 illegal foreign workers currently detected working in Bangladesh from 108 countries of which 9, 271 are from India. The number will be much more as it is difficult to clearly identify these illegal workers in any country. Malaysia, Indonesia, Singapore, Vietnam, Laos, Cambodia, UK, EU countries, the US along with many other countries suffer from similar problems.

Coming back to the recent woes of Mizoram it is not unusual for a large country like India with a federal system and existence of autonomous administrative states to have border related or other similar disputes including water and other natural resource sharing. Such disputes are quite common in India or in the US. To resolve such disputes often the central government’s intervention is needed, but when a small state like Mizoram becomes a victim of such a dispute then its problems may become quite serious. As a matter of fact it is true for most of the seven north-eastern states of India as they are far away from the mainland of India. These seven states have a population of approximately 45 million people which is 3.76 percent of Indian population. But whatever may be the extent of the problem neither Bangladesh nor Myanmar can respond to the request of a state of another country unless the request for any sort of help or assistance comes from the centre. This has happened in case of the state of Tripura occasionally when the supply route to the state was cut off from the mainland due to disruption of the rail or road link because of heavy monsoon rainfall and landslide. Then Bangladesh was requested to send emergency supplies, including food and other essentials, which Bangladesh did promptly. As a matter of  fact  many Northeast Indian states suffer from adverse geographical location and back in the days of partition a section of the then ruling Tripura royal family had sensing its future problems tried to merge the erstwhile princely state with the then East Pakistan. But the last king of Tripura, Bir Bikram Kishore Manikya (1923-1947), before his death had expressed his desire to keep Tripura with the Indian Union. Though that is a past history, still the common people of Tripura and Cumilla which was once known as Tripura have a very strong kin relationship. It was only in 1960 when Comilla (now Cumilla) district was formed. In the recent past, Bangladesh has been very supportive of quite a few development projects of Tripura, notable amongst them being the establishment of a power plant in Tripura. The informal (illegal?) cross border trade and human movement between Cumilla and Tripura is very common without any major incident. Bangladesh as a test case have allowed transit and transhipment facilities to North-eastern states through Tripura and few other similar routes are awaiting to be re-opened soon. Bangladesh’s gesture to cooperate with these Indian states has been extremely beneficial to India. This is a perfect example as to what can happen if two neighbouring countries join hands for mutual gains.

Not only the Northeast Indian states have gained economically due to Bangladesh’s positive attitude, there have been gains in the security issues of some of these states.  For years Pakistan has harboured the North-eastern Indian secessionists, especially those from Assam and Mizoram in the then East Pakistan. The Mizo National Front (MNF) was led by Pu Laldenga who received both moral and material support from Pakistan. Laldenga’s Mizo separatists fought alongside with the Pakistan army in 1971 against our Mukti Bahini till they were flushed out by the forces of General SS Uban whom I happened to meet in the first week of January 1972 in Rangamati. Within a month, the MNF secessionists were uprooted from their safe sanctuary in Rangamati. Laldenga later returned to normal politics in Mizoram and was elected the first Chief Minister of the State in 1986. Then there was the case of ULFA separatists from Assam led by one Paresh Baruah who was again materially and morally helped by all subsequent governments after the killing of the Father of the Nation Bangabandhu Sheikh Mujibur Rahman. Most of their senior leaders found safe sanctuary in Bangladesh under state sponsorship till Sheikh Hasina was voted to power in 1996. Today these Northeast Indian states owe much to Bangladesh for their internal security and peace.  Nothing could be more valuable than the security of a nation or its specific regions.

It is not unusual to have problems between or amongst neighbouring nations and it is also not impossible to solve these problems or bring it to a manageable stage through mutual understanding of all concerned parties. It simply needs good neighbourly intentions of all parties. Bangladesh’s two long outstanding problems were the Ganges water sharing issue after the commissioning of the Farakka Bridge in Paschim Bangla and the exchange of the adversely possessed enclaves which dates back to 1947, the year of partition of Bengal (it was Bengal and Punjab that was portioned not India in real terms). The Ganges water sharing problem was first solved when the Bangladesh Prime Minister Bangabandhu Sheikh Mujibur Rahman and the Indian Prime Minster Smt. Indira Gandhi made a joint declaration on 19 March 1972 to set up a permanent Joint River Commission in November 1972.  In May 1974, the prime ministers of the two countries in a joint declaration acknowledged that there was a need to augment the dry season flow of the Ganges at Farakka to meet the full requirement of Bangladesh and of Kolkata port, and that an acceptable agreement would be reached between the two countries before Farakka Barrage was put into operation. Early in 1975, an interim agreement was signed to allow India to operate the feeder canals of the barrage experimentally for 41 days from April 21 to May 31. After the killing of Mujib in August of 1975, a long term solution had to wait till Sheikh Hasina formed her first government in 1996. On 12 December 1996, a 30-year treaty was signed on sharing of the Ganges water equitably between the two countries during the lean season. This is seen as a victory of the statesmanship of the prime ministers of both the countries, Sheikh Hasina of Bangladesh and Deve Gowda of India.

Bangladesh and India formally exchanged 162 enclaves on 1 August 2015 after India unanimously ratified the Indira-Mujib accord signed in 1974 in both Lok Sabha and Rajya Sabha to exchange these enclaves. This was an unprecedented gesture by both the houses of Indian parliament. It was then again the result of statesmanship of India’s Prime Minister Narendra Modi and Bangladesh’s Prime Minister Sheikh Hasina. Bangladesh ratified the Indira-Mujib accord of 1974 in the Jatiyo Sangsad immediately after it was signed. Both countries solved the long-standing maritime boundary problems through the intervention of international arbitrators followed by the permanent demarcation of the land boundaries of the two countries. One of the longest outstanding problems existing between the two neighbours is the equitable sharing of the Teesta river water. Though the Union government in India has shown its interest and willingness for long to enter into a mutually acceptable solution with Bangladesh on this issue since 2010 the issue so far could not be resolved due to stubborn opposition of the Paschim Bangla Chief Minister Mamata Banarjee. As India is a federal country it usually does not sign any international treaty bypassing its concerned states.

It is expected that there will be a series of talks between Dhaka and Delhi at multiple levels in coming December and India’s Prime Minster Narendra Modi expecting to hold a virtual Summit meeting in the third week of December, perhaps on the 17th of the month with his Bangladeshi counterpart Sheikh Hasina. There are also indications that Narendra Modi will personally visit Bangladesh next March if the Covid-19 situation improves to participate in the closing events of the Mujib Barsho. The festivities apart the people of Bangladesh expects that the long-standing Teesta water sharing problem, continuous trade imbalance in favour of India  and the killing of Bangladeshi citizens in the Bangladesh-India border by Indian Border Security Force (BSF) will be discussed and be solved, strengthening the much-needed strategic and natural friendship between the two countries. India realises that amongst all its neighbours, Bangladesh is the most important strategic ally and if its long-standing solvable problems can be solved, India’s gains will be more than Bangladesh. If key to the solutions of the existing problems cannot be reached at the earliest Bangladesh must find its own solutions to protect its own national interest. Whatever solutions both countries are able to arrive at it must be a win-win situation for both. Trust is the foundation of any friendship and Bangladesh has shown a number of times that it can be India’s most trustworthy and useful friendly neighbour, but it first will have to protect its own national interest.