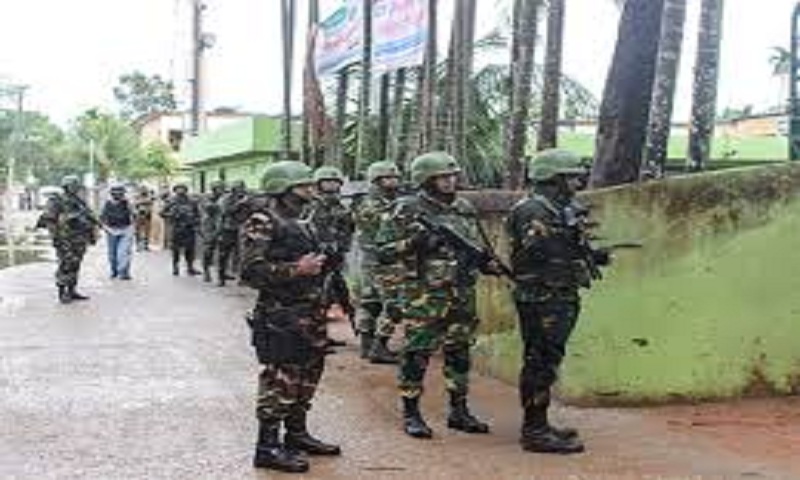 Detective sources said militant groups are trying to destabilise the country through carrying out sabotage afresh.

Leaders and activists of the Islamist outfits are now trying to come out from their hideouts and reorganise themselves again, they added.

Earlier, they went into hiding in the face of a massive crackdown by law enforcers.

As part of their move, they are setting up different secret militant hideouts in remote areas and are receiving armed and bomb-manufacturing training.

On Friday, four suspected militants, including their Rajshahi region second-in-command, surrendered hours after RAB personnel launched a raid on a house in Ukilpara area of Shahjadpur upazila in Sirajganj.

“The suspected hideout where an RAB team conducted the operation was a bomb-making training centre of militant Lt Col Ashik Billah, the RAB Director (media) told the Daily Sun.

Being thronged from different corners of the country, including Satkhira, Pabna, Rajshahi, Jhenaidah, Gaibandha, Rangpur, Mymensingh, its militant activists used to take arms and bomb-making training, the RAB director.

The RAB officer, however, has blasted away possibility of any big sabotage by militants in the country. They have not now enough capabilities to commit such a big sabotage, he added.

The elite force has been created to fight militancy, drug smuggling in the country, he said. “We are promise-bound to crack down the uprising of different militant outfits,” he pointed out.

RAB sources said in the face of massive raids by law enforcers, militants selected places in the capital and remote areas for their hideouts.

"In most cases, terrorists rent apartments in areas less frequented by people. They want to carry explosives and ammunition without much hassle to peddle their operations," RAB sources said.

A senior detective Branch (DB) official said the militant groups having link with some International terrorist outfits staying at different clandestine hideouts located at outskirts in the capital, port city of Chattogram and other parts of the country are planning to carry out subversive activities afresh.

According to the RAB record, RAB members conducted around 184 anti-militant drives in which a total of 534 suspected militants have been arrested since the holy artisan militant attack.

During the operations, RAB members also recovered a huge number of firearms and ammunitions from their suspected dens during the drives.