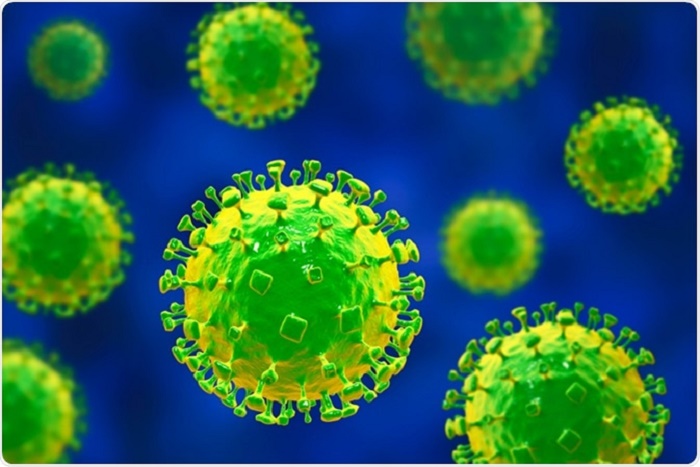 The Nipah virus infection carries high risk as its fatality rate has crossed 70 percent, a dangerous level among other infectious diseases in Bangladesh.

“Nipah virus is highly risky infectious disease in Bangladesh. The fatality rate in the disease has already crossed 70 percent in the country. We have to remain alert about the virus during this winter,” Prof Dr Tahmina Shirin, Director of Institute of Epidemiology, Disease Control and Research (IEDCR), told the Daily Sun.

The World Health Organisation (WHO) said Nipah virus infection is a zoonotic illness that is transmitted to people from animals, and can also be transmitted through contaminated food or directly from person-to-person.

“There are currently no drugs or vaccines that specifically target Nipah virus infection,” it added.

The WHO said in subsequent outbreaks in Bangladesh and India, consumption of fruits or fruit products (such as raw date palm juice) contaminated with urine or saliva from infected fruit bats was the most likely source of infection.

Human-to-human transmission of Nipah virus has also been reported among family and care givers of infected patients, it said.

While the country is still suffering from the first wave of the coronavirus infection, and preparing for a possible second wave of the infection, the threat of a Nipah virus (NiV) epidemic is looming large over it.

The Nipah virus that caused repeated outbreaks in the country, with high fatality rate, has possibility of spreading not only in the Nipah belt but also other areas of the country, said a recent study.

The fatality rate of Nipah virus infection in Bangladesh is now more than 70 percent as many people of the country are not keeping alert to the deadly virus yet.

According to statistics of the IEDCR, 319 people were infected with the Nipah virus in Bangladesh from 2001 to 2020 while 225 of them died from the virus.

“The average death rate in the Nipah virus in the country reaches 70.53 percent,” it said.

The IEDCR data further said already six Nipah virus infection cases have been reported in 2020 while four of them died. “The fatality rate in the Nipah virus cases in 2020 reaches 66.66 percent,” it said.

“Though the Nipah outbreak has not happened yet in the country, people have to remain alert and avoid drinking raw date juice this winter to prevent the deadly disease,” Dr Tahmina Shirin said.

Health experts said the raw date juice contaminated with infected bat saliva, urine or stool matters enter the body when someone drinks the raw juice. But the virus gets destroyed if the juice is boiled. Half-eaten fruits by bat may also carry this deadly virus.

A report of IEDCR said 31 districts in Bangladesh have been affected by the Nipah virus. Most of the districts are in northern region.

Mentioning that the WHO has already declared the Nipah virus as pandemic potential virus, he advised all to remain alert and to avoid raw date juice this winter.

The IEDCR has also urged social and cultural organisations to refrain from arranging date juice related festivals, since bats usually drink it from receptacles at night while it is being collected from the date-palm tree.

A study entitled "Nipah virus dynamics in bats and implications for spillover to humans" finds that bats carry the Nipah virus all over the country and may shed the virus at any time of the year.

Claiming that the strain of the virus has changed over the years, the study says Nipah virus can cause another epidemic in Bangladesh, India and other South Asian countries.

Dr ASM Alamgir said bats now move everywhere in the country and so the Nipah virus is no longer confined to the Nipah belt.

"Precaution and awareness are the keys to preventing and controlling this disease," he said.