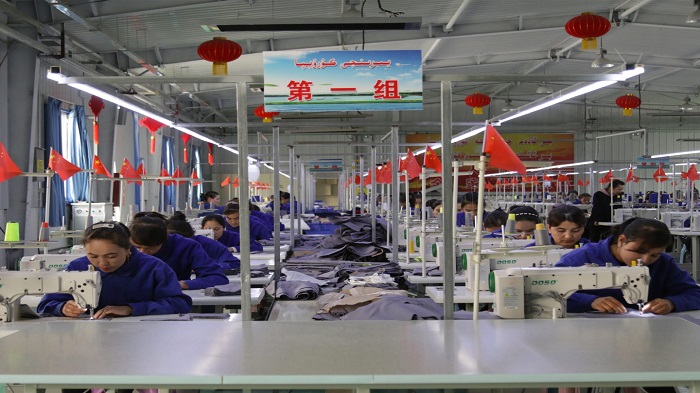 The Uyghur region of China, which has had a Turkic Muslim majority for centuries, produces 20 per cent of the world’s cotton. China has renamed the region Xinjiang - which means “New Frontier” - and is suppressing the local population and encouraging migration from other regions.

The Chinese government has taken dramatic measures to restrict Uyghur birthrates, and is attempting to eradicate the language and traditions of this group. More than a million people per year have been detained in forced labour camps.

IndustriALL Global Union has endorsed the global Call to Action to end Uyghur forced labour. The Call demands that leading brands and retailers ensure that they are not supporting or benefiting from forced labour in the Uyghur region.

IndustriALL is maintaining pressure on major multinational companies, particularly those which have signed global framework agreements (GFAs). When companies sign GFAs, they commit to ensuring decent standards across their supply chains, with monitoring systems put in place to ensure compliance.

Some multinationals – including H&M, who have a GFA with IndustriALL - have cut ties with all suppliers in the region. Others, including Volkswagen, have refused, as a highly critical BBC article points out.

IndustriALL previously suspended its GFA with Volkswagen, after the company violated the terms of the agreement by allowing union busting to take place at its plant in Chattanooga, USA.

Research conducted by IndustriALL and the monitoring committees has confirmed that none of the brands who have signed GFAs with IndustriALL maintain links to production in the Xinjiang region. However, global supply chains have become so long and complex that it is very difficult to conduct a completely reliable audit.

Global fashion brands order ready-made garments from factories in Bangladesh, Pakistan, Cambodia, Myanmar and many other countries in the region. These factories order cloth from textile mills, who order cotton from bulk suppliers. The cotton suppliers in turn buy and aggregate cotton from many different sources. Because global legal frameworks governing supply chains are still weak, it is possible for fraud in the supply chain to go undetected, and for suppliers to hide the origins of cotton.

“It is horrifying that in the 21st century, global capital is still benefiting from slave labour in different business areas, including cotton fields. Because of the urgency of the situation, in the short term it is vital that all global companies heed the Call to Action, map their supply chains, and break any relationships they have with the Xinjiang region of China – whether there is evidence of forced labour or not.

“But this is only a short-term solution. In the longer term, we need coherent international law on supply chains, such as the UN binding treaty on business and human rights, which is currently being negotiated.

“We also need compliance systems that bring all actors in the production and distribution process together to negotiate a better way to do business. This includes global brands, global unions, national governments, national employer associations and local unions.”