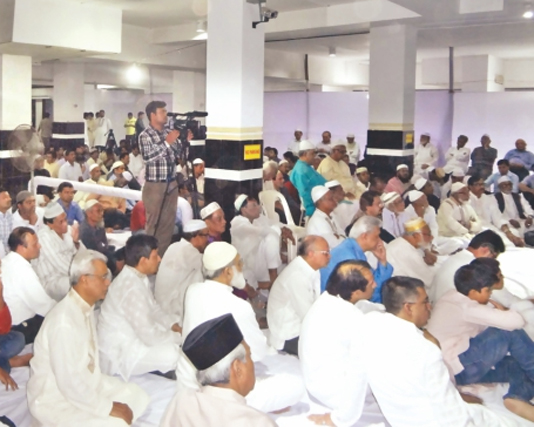 Marking the Qulkhwani, the family of Sheikh Razia and different units of Awami League and its front organizations arranged various programmes including ‘Khatme Quran’ and distribution of foods among orphans and distressed people.

Family members, relatives and well-wishers of Sheikh Razia Naser joined doa and milad mahfils after Jumma prayers, seeking eternal peace of the departed soul of Sheikh Razia and all martyrs of the August 15, 1975 carnage.

Besides, special doa and milad mahfils were held at Tungipara, Bagerhat and Khulna after Jumma prayers.

Sheikh Razia, also aunt of Prime Minister Sheikh Hasina, breathed her last at the Evercare Hospital in the city’s Bashundhara residential area on Monday (November 16) night at the age of 83.

She had been undergoing treatment for old age complications at the hospital since November 3.

Sheikh Razia left behind five sons, two daughters and a host of relatives and admirers to mourn her death.