Salman Khan and his family test negative for COVID-19 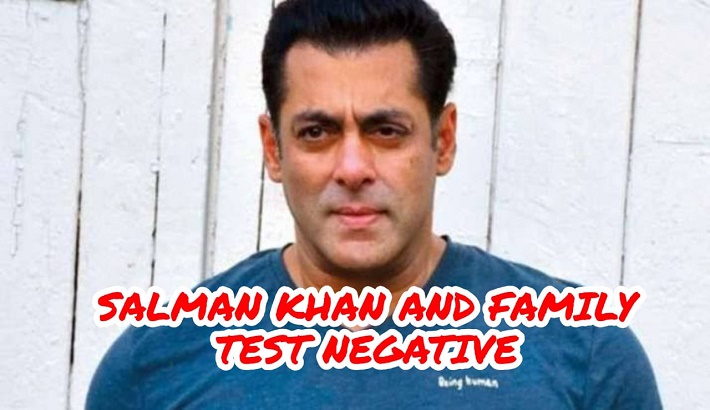 Superstar Salman Khan and his family had taken a COVID-19 test and have come out negative for the virus after his driver and two staff members were found positive for the coronavirus. The actor will be resuming shooting for his ongoing television show on Friday.

A close source had earlier confirmed that as soon as his staff tested positive for COVID-19, Salman and his family had isolated themselves following the safety protocol. While his team had tested everyone around the actors along with regular checkups, the actor has also admitted his staff in one of the finest hospitals of Mumbai.

Meanwhile, the actor and his family have not yet released an official statement on this information. On the other hand, previous reports suggested that Salim Khan and Salma’s 56th wedding anniversary celebration may get cancelled this year, owing to the COVID-19 pandemic.

On the work front, Salman will be next seen in Prabhu Deva's 'Radhe: Your Most Wanted Bhai' with Disha Patani, Randeep Hooda, and Jackie Shroff in pivotal roles.