Energy to be LNG partner for 1200MW power project in Payra 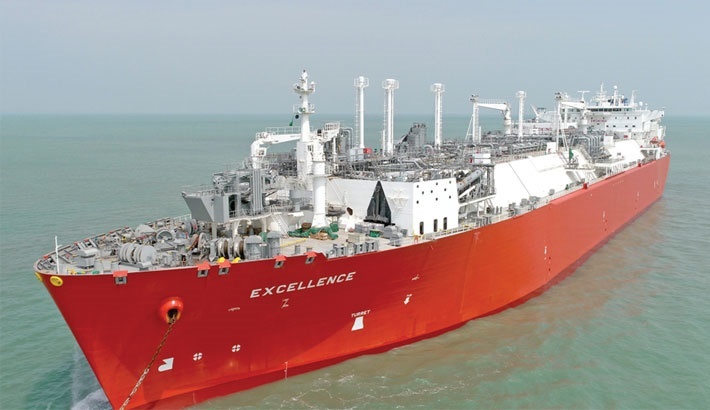 US energy giant Excelerate has shown interest to become a partner with state-owned North-West Power Generation Company Limited (NWPGCL) for setting up 1,200MW LNG-fired power plant at Payra in Patuakhali.

The power project is a part of one of the three units of a LNG-fired plant having a combined capacity to generate 3600MW electricity with German company Siemens.

“We are planning to include the Excelerate as our LNG partner to implement the 1200MW LNG-fired power project here,” NWPGCL managing director M Khorshedul Alam told the Daily Sun.

He said NWPGCL was evaluating the expression of interest (EOI) submitted by Excelerate to include the firm as a joint development (JD) partner.

Excelerate Energy LP, USA vice president Ramon Wangdi, in a letter last month, said Excelerate has extensive experience in LNG trading with over 6.5 million tonnes of LNG sold through over 80MSPAs and worked with QatarGas as its fuel supply partner.

He informed Qatar is the largest LNG producer in the world with production expected to reach levels in excess of 110 MTPA, accounting for over 25 per cent of total global LNG production.

Besides, QatarGas, who currently operates 14 LNG trains and markets these volumes, is one of the most competitive LNG suppliers in the industry as supply as bought directly as it source from producer itself as opposed to buying LNG from countries that are net LNG importers and are trading this fuel in a secondary market. “This competitiveness is further enhanced due to Bangladesh’s close proximity to Qatar (eight days shipping voyage) and QatarGas’s experience of delivering cargos into the Bay of Bengal through the country,” he said.  The Excelerate has made great strides towards the development of fuel solution for Payra, he said.

“We employed in executing an LNG solution for the southeastern region of Bangladesh through the country’s two existing floating storage and regasification unit (FSRU) projects-the Moheskhali floating LNG (MLNG) project that is entirely led by Excelerate and the Summit LNG (SLNG) projects which also utilizes an FSRU that also owned and operated by Excelerate acted as Owner’s Engineer for the terminal,” he said.

Excelerate’s two FSRU have successfully delivered 120LNG cargoes, an equivalent to seven million tons of LNG, sourced from over 10 countries and developed into Bangladesh on board a fleet of over 35 independent LNG tankers.

The company has already re-gasified and delivered over 370 million mmbtu of natural gas into the country’s gas transmission system, supplying power plants and industries and communities across south-eastern Bangladesh.

“The Excelerate experience plays a vital factor to develop a robust map for executing gas supply solution with similar success for the project and extended region of south-western Bangladesh,” Ramon Wangdi noted.