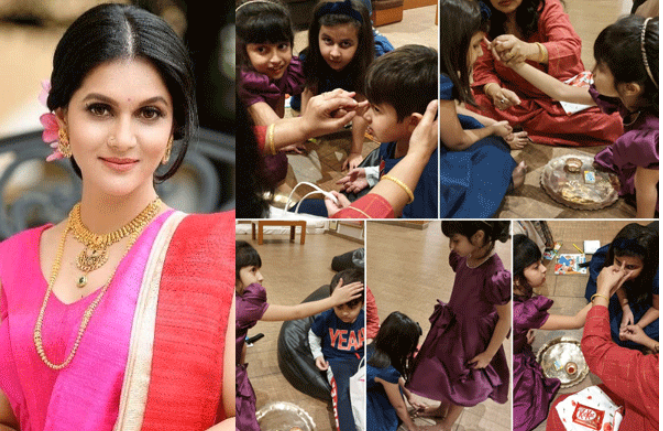 Popular Bangladeshi actress and model Mithila is now at her father-in-law's house in Kolkata.

She posted several photo collages of her daughter and wrote "This is my daughter's first bhai-bon phota,"  on her Facbook page on November 17.

Don't say all kinds of religious orthodoxy. Respect each other, celebrate and enjoy the festival. Keep off stupid comments like 'have you become a Hindu'!

Earlier, Mithila had posted pictures wishing Kali Puja and Diwali. Then she has been criticised by many of her followers. One wrote, 'Have you become Hindu?