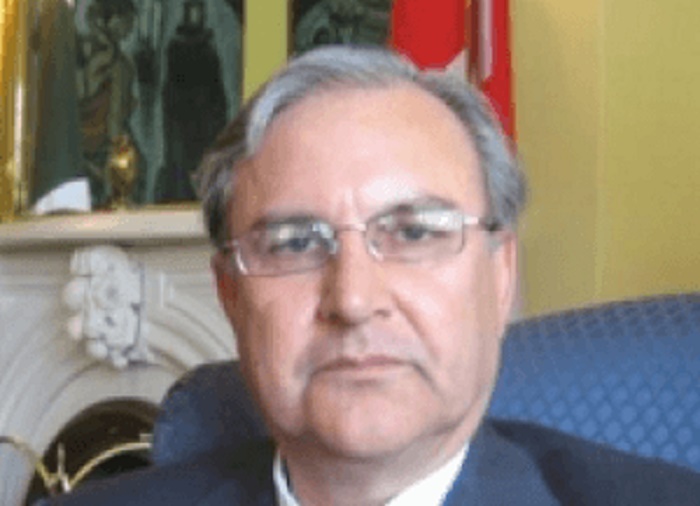 In an unfortunate result of translation, Pakistani diplomat Akbar Zeb will not become the next Pakistani ambassador to Saudi Arabia.

Zeb’s credentials seem in order: He is the former ambassador to the United States, India and South Africa. He held the post of High Commissioner Designate of Pakistan to Canada and is the former director general of Pakistan’s Foreign Ministry.

But despite Mr. Zeb’s impressive career, the 55-year-old diplomat’s name proved to be the immovable hurdle. When translated into Arabic, Akbar Zeb means “Biggest Dick.” In a region that stresses modesty, particularly in public, this could not stand.

Akbar is a customary Muslim name for Arabic and non-Arabic speakers alike. The same cannot be said for Zeb. The name is common in Urdu, however in Arabic it is merely a slang reference to the male reproductive organ.

In hopes of minimizing the use of the word in public, Saudi Arabia has refused to accredit Mr. Zeb for the position.

According to the Arab Times, this is the third instance in which an Arabic-speaking country has refused Mr. Zeb’s ambassadorship. The United Arab Emirates rejected the diplomat first, followed by Bahrain, and now Saudi Arabia has added its name to the list.

“It’s hard to imagine that someone’s name would be a problem, especially on this level, but I understand why the governments reacted this way,” Saudi cultural critic Ahmed Al-Omran told The Media Line. “It crosses a cultural red line so I don’t think the media would dare to publish a name like this. So every time he would be in the media they would have to face the name issue and it would make it difficult to work with him. That would just be an embarrassment for Pakistan.”