It Takes Two to Tango 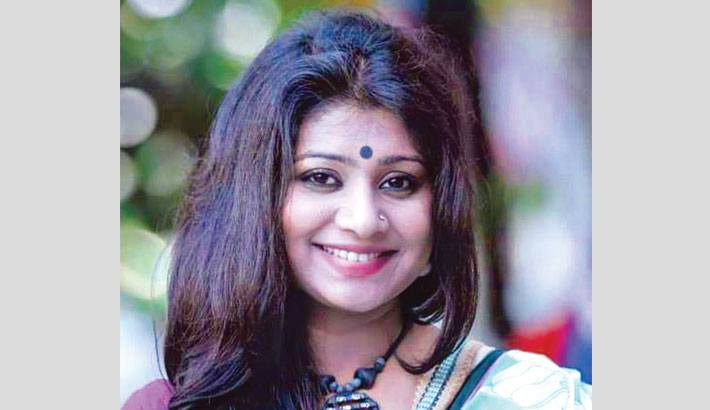 Marzia Sultana, a female entrepreneur, has been running her own online business called "Falguni" for three and a half years. She could not finish her formal education. However, she possessed a tremendous leadership quality which made her an independent woman. After her marriage, she still continued to do her business. Then suddenly she put the tin lid on her "Falguni" and decided to finalise it. It was her beloved husband Mahmodul Hassan Saddam, who had nothing to do with business or entrepreneurship, motivated her to rise from the ashes and live again with dignity. Thus, she resumed working from Dhamrai and also from Mirpur. Both she and her husband are nurturing their dream child and trying hard to actualise their vision. I believe that they will succeed, because Marzia is not struggling alone. And it takes two to tango.

In a society like ours where married women are supposed to meet the expectations of the in-laws, Marzia can still dream of establishing her own business because of her husband's constant support and involvement. It is conventionally thought that husbands only donate their sperms to beget new generations and then invest money to raise them up. That's an age-old concept. Before the rise of feminism, that is to say, the era of women's rights, women entirely remained indoors and worked inside the domestic domain. Their primary job was to produce and raise kids. On the contrary, men were more into working outside to support the financial needs of the family. The works were gendered and the roles were fixed.

But now, in the 21st century, we have almost come out of the Neolithic hegemony. Both men and women work outside. Women have gone out of their comfort zone and started working the so-called "men's" jobs. Unfortunately, men could not get in and do "women's domestic jobs" as much as they need to. As a result, the compassion is missing in a relationship. Also, the concepts of letting go and letting grow are also unlearned.

There are men, of course, who give all kinds of moral supports to their wives so that they can flourish as human beings. For these good men, the society is still sustainable. In America, a research was conducted in which the findings show that one of the top three factors of a successful marriage was sharing household chores. Being faithful and having a healthy sex life are two other factors. So, a successful marriage largely relies on sharing the chores between the man and the woman. Where the income is combined, the outcome should be shared too.

During the first phase of lockdown, many families had to let their maid servants for a furlough. Many paid the monthly salaries without letting them in. That is to say, all the household chores had to be accomplished by the family members. I personally know many families where husbands did not do anything and the wives had to do all the heavy domestic works. As a result, those wives suffered from various health hazards. Again, there are many families where the chores were shared by both people. For example, in my case, my husband used to wash the clothes and the sweep the floors. I did the rest. Thanks to him. He treated me as a human being. We did not have to face troubles because both of us made it together.

Husbands of the working wives must realise that they are no longer the sole breadwinners. According to a statistic of 2015, more than 70% working mothers are full-time employees. Moreover, 38% of the wives earn more than their husbands. Many husbands had an ego clash when they found their wives to be richer than they are. However, things are changing now. The new reality has taught husbands to be tolerant and let their wives grow.

The rise of Day Care centers also added feathers to the women’s wings. A mother’s job is always already unpaid. A housewife’s job is always unrecognised as a payable job. Therefore, a cry for establishing a room of her own has always haunted her. Even when they do not find the “village” to look after their kiddos, they consider a day care center to be a trustworthy place for their children. Now that they are earning more money and contributing to their own family, they are getting many-folds benefits. Not just the job holders, the female entrepreneurs are also helping an entire family to survive.

All these efforts go in vein if the husbands do not support their wives. Even the stay-at-home housewives need this inexorable support. In previous days, men would not even imagine how much it takes to be a homemaker. This global village has exposed the real pictures to the men. Now, they understand that it takes a toll on a homemaker to do and manage everything. Making a home is three times more exhausting and physically demanding than any other office job.

So, dear husbands, before claiming, “You have lost yourself. We have lost the attraction and charm in our love”, sit and understand that it requires the involvement of both to sustain a marriage. Make a list with your wife and jot down the inevitable works which can be done by you. Try to start with the small ones and make an effort to get better day by day. Give your wife a space which she, by the way, deserves just like her daily food intake. This space will give her a chance to nurture her inner self and enhance her positive qualities. In this way, she will never lose herself. If both husband and wife know the magic of sharing, the charm will never be gone. Even in parenting, it is more challenging to handle the kids singlehandedly. When a father is also actively involved, the children get a better childhood. The parents also become better version of themselves.

So, Marzia will not fail, because she has Saddam with her. They have learnt and now are practicing the magic of working and growing together. This is how love changes lives. When you are in love, you grow and let your other half grow as well. You dance the ball and embrace the fact that it takes two to tango!