RCEP trade bloc may push Bangladesh on back foot 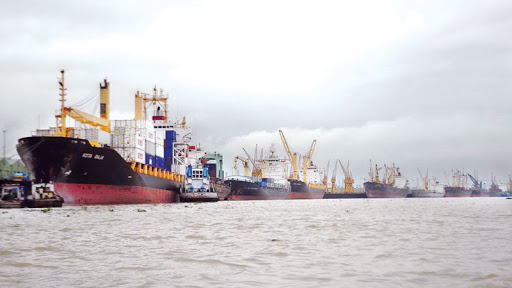 The China-backed new world trade bloc is likely to put Bangladesh on the back foot after LDC graduation when the country will lose preferential trade benefits, economic analysts fear.

The country may lose its comparative edge over its competitor countries like Vietnam, Myanmar, Cambodia and Lao PDR in terms of exports and luring foreign investment.

“With the emergence of the new trade bloc, Bangladesh may lose competitiveness to its major competitors in global trade and FDI after graduation from LDC status after 2024,” noted economist Prof Mustafizur Rahman said.

Major competitor Vietnam will get more trade benefits compared to Bangladesh as it has a bilateral trade deal with the EU and it is also a member of TPP apart from the newly formed RCEP.

“The new trade deal will help it get better market access facility in ASEAN plus five other countries including Japan and Australia even after 2024 when Bangladesh will lose duty-free market access,” Prof Rahman noted.

The new free trade bloc will be bigger than both the US-Mexico-Canada Agreement and the European Union. Many analysts think RCEP's sheer size makes it very significant.

Members of the RCEP makes up nearly a third of the world's population and account for 29 per cent of global gross domestic product.

The RCEP is expected to eliminate a range of tariffs on imports within 20 years.

Prof Rahman said even though China offered duty-free market access to 97 per cent Bangladeshi products, Bangladesh won’t get that much benefit beyond AFTA, whereas its competitors will get it.

Countries like Myanmar and Lao PDR will be an attractive investment destination for foreign investors as they will try to get greater duty-free market access by investing in RCEP countries.

“So, definitely Bangladesh is going to feel the pinch in global trade after its LDC graduation,” he added.

To address the situation, Bangladesh should try to sign deals with Bay of Bengal Initiative for Multi-Sectoral Technical and Economic Cooperation or BIMSTEC to enter markets of Thailand and Myanmar, Prof Mustafizur suggested.

At one stage, the country should try to create scope of negotiation with ASEAN and RCEP countries, but it will require enough preparation as the deal will be “reciprocal; not one way.”

The distinguished fellow of the centre for Policy Dialogue (CPD) also reminded that such deals may lower Bangladesh’s revenues because of low import duties and hinder local industries.

For preparing for such deals, he suggested that in mid-term Bangladesh should try to shift its focus from revenues to FDI and employment generation etc.

At the same time, Bangladesh will have to focus more on increasing the quality of products and raise standards of labour, copyright, e-commerce and other relevant things.

Negotiations over the new RCEP deal began in 2012 and it was finally signed on Sunday on the sidelines of a meeting of the Association of Southeast Asian Nations (ASEAN).

India was also part of the negotiations, but it pulled out last year over concerns that lower tariffs could hurt local producers. Signatories of the deal said the door remained open for India to join in the future.

The United States is absent from both RCEP and the successor to the Barack Obama-led Trans-Pacific Partnership or TPP, leaving the world's biggest economy out of two trade groups that span the fastest-growing region on earth. The US exited TPP during the presidency of Donald Trump.