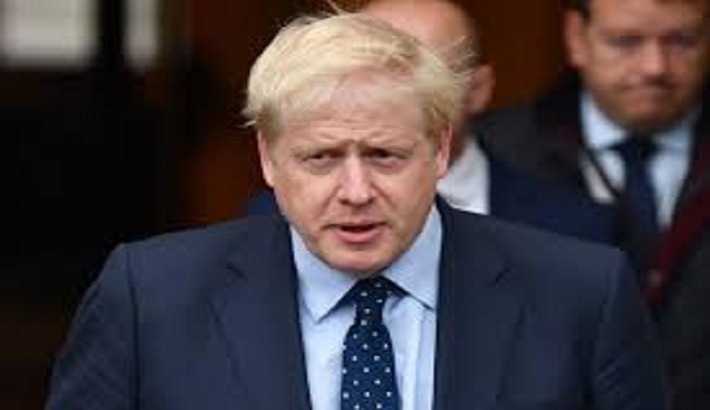 UK Prime Minister Boris Johnson has plans to cut Britain's foreign aid spending by £5billion as the Government looks to cover the £210billion cost of the Covid-19 crisis, according to reports.

Britain currently sends 0.7 per cent of its gross national income out as foreign aid to support developing countries around the world.

But the aid programme has drawn criticism in the past over some of the projects it has chosen to support which have included allocating cash to protect pangolins in China.

Chancellor Rishi Sunak is said to be pushing for the proportion of foreign aid to be cut to 0.5 per cent, saving around £5billion.

Housing Secretary Robert Jenrick today did not reject the reports as he told LBC Radio the impact of coronavirus on the nation's finances means there is a 'legitimate choice' to be made over whether the UK wants to 'consider our options'.

Asked whether the Government will go ahead with the reported aid cut, Mr Jenrick said: 'The Chancellor will have to think very carefully about whether this is something that he wants to deploy at this unique time.

'We have a great reputation for the work that we do through our international development agencies, now part of the Foreign Office, so we wouldn't want to compromise that in the long term.

'But I think there's a legitimate choice for the UK as to whether in the immediate situation we find ourselves in, we want to consider our options.'

The Prime Minister's Official Spokesman told the paper: 'We've talked about needing to make sure we get value for money for the UK taxpayer and that aid is spent efficiently.'

In June this year, MPs raised concerns that some of Britain's foreign aid budget is going to countries such as China and India rather than the world's poorest nations.

While the majority of the UK's direct aid goes to the poorest countries, the proportion spent on 'middle income' countries increased from 36 per cent to 45 per cent between 2014 and 2018.

Critics have pointed out that both countries are receiving aid from the UK while also developing space programmes.

Projects funded with the cash included efforts to counter the illegal wildlife trade, such as encouraging Chinese shoppers not to buy products made with pangolins. These animals, which look like anteaters, are prized for their meat and the claimed medicinal properties of their scales.

Britain has a legal duty to spend 0.7 per cent of its national income on aid under the International Development Act

That duty has just three exemptions, which are: If there is substantial change in national income, if the target affects borrowing, or because of circumstances beyond the UK's borders.

A source warned The Times there would be a judicial review if plans went ahead.

They added: 'Foreign aid spending is more important now than ever, especially when we're trying to project ourselves on the world stage. If we tried to get it through parliament by changing the law we would certainly be defeated.'