Kakapo crowns New Zealand's Bird of the Year for 2020 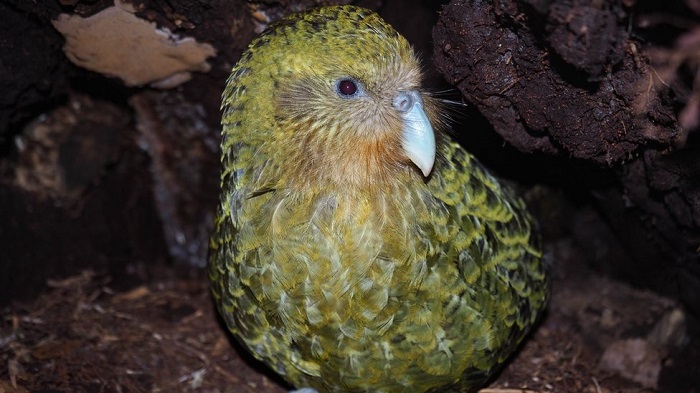 The Bird of the Year competition is an annual competition held by New Zealand's independent conservation organization Forest and Bird, in a bid to raise people's awareness of New Zealand's natural birds. The event has caught considerable interest from both home and abroad.

Throughout the two-week voting period, the antipodean albatross topped the leader board with the most votes, but the Kakapo bounded into the lead after the preferential voting system was applied.

The Kakapo, a nocturnal, moss-green parrot, is a flightless bird native to New Zealand. After being hunted to near extinction by foreign predators in the 1990s, the entire Kakapo population was transferred to a number of predator-free New Zealand islands, including Codfish Island, Maud Island and Little Barrier Island.

The intensive conservation efforts have helped to grow the Kakapo population from just 50 Kakapo to 210, all of which carry radio transmitters and are intensively monitored and managed, according to New Zealand Birds Online supported by the Department of Conservation.

"In a stunning upset, the Kakapo swoops in from behind to claw the title of Bird of the Year 2020 away from competition front runner, the Antipodean albatross," said the Forest and Bird in a Twitter post on Monday morning.

Kakapo is the first bird in the competition's history to claim the crown for a second time after winning the Bird of the Year title in 2008.

"There were only about 50 birds in the 1990s and they've been saved by intensive conservation efforts. Today there are 213 individuals," spokesperson for Bird of the Year Laura Keown, said.

"This is the first time any bird has won the Bird of the Year title more than once, so New Zealand's mighty moss chicken can add yet another feather to its cap," said Keown.

Wayne Huang, the former first New Zealand Chinese Vice President of the century-old Auckland Metro Bird Club, who also owns the Auckland Whitford Bird Garden, which is home to about 80 birds of various exotic and unusual varieties, was pleased to see the historic second time winning of Kakapo.

"It exactly shows New Zealand's efforts and passion in conserving the native birds, as well as our people's attitude towards building harmonious relations between human and nature," said Huang.

A Kakapo named Sirocco rocketed to fame in 2009 after his encounter with zoologist Mark Carwardine became an online sensation. Carwardine was filming the BBC documentary Last Chance to See with British actor Stephen Fry. Footage showed a rather frisky Sirocco attempting to mate with Carwardine's head as Fry laughed from the sidelines.

The hilarious video clip of Sirocco getting "up close and personal" with presenter Mark Cawardine has attracted 7 million views and helped the Kakapo's popularity.

After gaining international fame, Sirocco, which hatched on March 23, 1997, was named a conservation ambassador by the then New Zealand Prime Minister John Key in 2010.