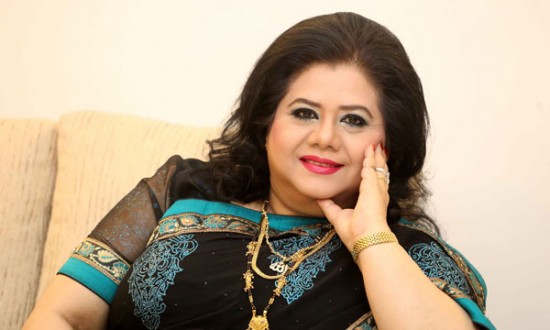 Today is the birthday of Runa Laila, one of the leading singers of the subcontinent. Her fans, friends, and well-wishers from around the world have sent greeting messages to the great singer as she turns another year older.

Celebrities and her co-artistes also take to the social media and shower love on Runa Laila with birthday wishes.

Marking the day in a befitting manner, different TV channels of the country have chalked out elaborate programme.

Every year Runa Laila celebrates her birthday with a special programme. This year, she has no special plan to celebrate the day due to coronavirus pandemic. But, Dhruba Music Station (DMS) will release Runa Laila-composed song ‘Ei Dekha Shesh Dekha’ on their YouTube channel today, marking the legendary singer’s birthday, sources said. Noted film director, producer, and lyricist Gazi Mazharul Anwar has written the lyrics of the song while United Kingdom-based Asian singer and music director Raja Kaasheff has arranged it’s music. Chandan Ray Chowdhury has made the music video of the song.

Runa Laila is a Bangladeshi singer, widely regarded as one of the popular singers in South Asia and started her career in Pakistan film industry in late 1960s.

Runa Laila started her professional career in 1965. She played two songs in the Pakistani film Jugnu. Her first song was ‘Gudiya Si Munni Meri Bhaiya Ki Pyari’ and the second song was ‘Marna Bhi Nahin Aasan’ which was a love song.