Prison was his second home 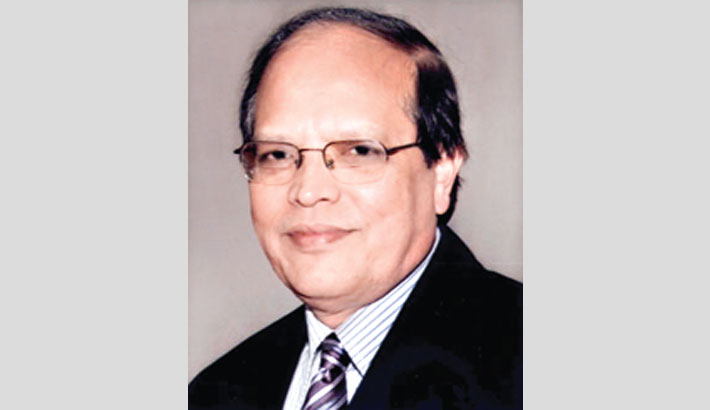 Like Mandela, the prison became his second home. He took on all the pains of a solitary life just for the emancipation of his oppressed people. He fought on and never gave up. Twice he faced down death. The Pakistani elites were eager to crush him. But he survived because of his courage and patriotism. And he is the real hero who can defy threats of death.

Sheikh Mujibur Rahman fought relentlessly to realise the rights of his people. He worked ceaselessly day and night to break the shackles of oppression imposed on his people by the West Pakistani clique. For this, Mujib was imprisoned repeatedly under the Public Security Act. Many a time he was not even treated as a political detainee. In my last piece of this column, I unrolled the socio-economic significance of the historic Six-Point demands which were presented by him on 5 February 1966 in a national conference organised by the opposition parties in Lahore.

As Sheikh Mujib articulated the demand for autonomy in a broader sense, he was arrested again and again in quick succession. Even if the court gave him bail, he would be arrested again at the jail gate. Sheikh Mujibur Rahman was repeatedly arrested because of the campaign he had launched to make the Six Points popular. Mujib was kept in a dark cell, separate from other security prisoners. During this solitary confinement, he wrote about his surroundings and deeper feelings in his diary every day. Begum Fazilatunnesa, his wife, always encouraged him to write diary. She would make sure that those notebooks were returned to her once written. These were safeguarded by Honourable Prime Minister Sheikh Hasina for many years and finally published as a book, covering events till 1968, with the title Karagarer Rojnamcha (The Prison Diaries). Describing the essence and importance of these notebooks, Honourable Prime Minister Sheikh Hasina wrote in the Preface.

“That Bangabandhu Sheikh Mujib’s health was being adversely affected by the long stretches of time he had to spend in prison is something he would not ever let us know. After reading these diaries, I myself have found out many things I had not known about him previously. I feel very saddened when I read of how he would fall ill during prison life and how there would be no one to look after him then, and about the life he lived as a prisoner in solitary confinement, although no prisoner is supposed to be kept in isolation for more than a week at a time. It is only when someone is given a sentence that even a week of solitary confinement is allowed. And yet Bangabandhu Sheikh Mujib had been isolated in prison for a long time without being tried! His only fault then was that he had spoken out for the rights of the people of Bengal again and again." (Sheikh Mujibur Rahman, The Prison Diaries, Bangla Academy, January 2019, p.XX).

She also wrote in great pains about his loneliness and how he endured it by growing closer to nature including flora, two beautiful yellow birds, and, of course, the majestic hens whose death pained him deeply. In her words, “He does not talk about his own painful situation in these pages. The only thing he describes, again and again, is his feeling of loneliness.” (ibid,p.xx).

Throughout the book, Sheikh Mujib wrote multiple times that there were many small jails within a jail just to express the ordeals a prisoner had to go through behind the bars. He wrote that once someone stepped into the jail, he would no longer remain a human being. Rather he was forced to turn into a machine. The book The Prison Diaries comprises Sheikh Mujib’s two notebooks. In the first one, he had described the environment of jails: how many kinds of ‘jails within a jail’ and prisoners were there, how convicts spent their days when imprisoned, the environment of prison hospital, quality of food and so on. Depicting the extent of confinement in jails, Sheikh Mujib wrote that prisoners were not even aware of whether it was completely dark or whether there was moonlight outside. He depicted how letters sent to any prisoner were examined thoroughly for their content by prison officials and how those were read by the jailer, supervisor and everyone else by turn violating the privacy code. In his notes, Mujib mentioned that jail is a kind of world where you might find some words which people outside it would never be able to make sense of. He mentioned a glossary of jail words and tried to explain these definitions in notes including the Writer Dafa, Chowki Dafa (Kitchen Quarter), Jalbhori Dafa (Water Carrier Section), Jharu Dafa (Sweeper Section), Banduk Dafa (Gun Section), Pagal Dafa (corner for the mentally challenged people), Shaitaner Kal (Devil’s Engine), Law Dafa (where men used to be used for extracting oil like cattle) and the Chhokra Dafa (where young convicts are kept in the same quarter but separated from one another to avoid sodomy).

Due to Mujib’s compassionate leadership quality, people kept coming to him with their problems for solutions even in jail. Mujib would listen to their sorrows carefully and note them down. At times, he would talk to the jailors about how to address these problems of prisoners who could not communicate directly with the jail authority. This book also sheds light on people’s love and reverence for Sheikh Mujib. Even the prisoners would open their hearts to him, and he would give a patient hearing to them to ventilate their pains and sorrows. As a result, the bond and attachment that developed between him and fellow prisoners was simply unimaginable. Let me now unwrap some of the stories with my readers to reveal how keenly Mujib felt for other prisoners in jail. In his notes, Mujib wrote about a petty thief named Lutfur Rahman, aka Ludu, a ‘B’ class prisoner who was bound to work in the ‘Sweeper’ bridge and supplied water. Mujib first met him when he was interned in jail in 1949 and then they met respectively in 1950, 1954 and after the proclamation of Martial Law in 1958 as Ludu was handed a 9-year sentence on three different counts.

Once, Mujib called Ludu to hear his stories and the reasons behind his stealing. Surprisingly, Mujib could gain Ludu’s trust, and he started describing all the events that paved his way to be a thief. Tears rolled down Ludu’s eyes while confessing how he pick-pocketed in Sadarghat, different railway stations and cities duly patronised by the police constables, CID and other security officials. Ludu had to bribe the police constables and CID proportionately from his theft money, and day by day he became reckless since they used to back him up when he was about to be physically assaulted. Mujib wrote in his diary,

“Ludu went on with his story and I began to write down the events in his life that he talked about. Many might ask me why I’ve bothered to narrate the life of a thief. I am doing so because the life of such a person reflects the state of our society. Only people who attempt to reflect on the lives of people in our society will be able to understand the malaise afflicting it and realise how someone can end up as a pickpocket or dacoit in it. God did not create anyone as a thief or a robber. All human beings are bestowed with the same qualities at the moment of their birth. On the day a person is born no distinction is made between a rich man’s son and a poor man’s one. But each human being grows up gradually according to the circumstance he or she is in. The son of a prosperous or well-off man gets to eat well, wears good cloth and gets a good education. And the son of a poor man ends up according to the conditions he comes across after his birth and the kind of people he mixes with then.” (Sheikh Mujibur Rahman, The Prison Diaries, Bangla Academy, January 2019, p.30).

This statement clearly upholds how Mujib felt for the people who were condemned to the persistent sky-scraping income disparity by the ruling elites of the then Pakistan and the misery of the East Pakistanis in terms of standard of living, health and education.

Ludu used to sweep Sheikh Mujib’s garden from time to time. Ludu’s behaviour started changing after meeting Mujib. One day Ludu promised Sheikh Mujib that he would not pick others’ pocket again if he were released and would live an honest life. I must say this is what is called compassionate leadership where the leader could touch the heart of his followers! Here the words of Honourable Prime Minister Sheikh Hasina again come true as she said in the inaugural part of this book as an editor, “Bangabandhu Sheikh Mujibur Rahman was incarcerated in a cell that was close to where the lunatic asylum of the prison was located. He had presented the moments of happiness and misery, and the laughter and the sadness of these mad but imprisoned people with a lot of compassion. Because of them, he had to spend many sleepless nights in his cell. But though he himself would suffer so much because of them, he depicted the sufferings of these people with sympathy instead of dwelling his own distress. No doubt it would not have been possible for anyone except a leader who loved humanity so much to come up with kind of account of such people that he provides in his narrative.” (Sheikh Mujibur Rahman, The Prison Diaries, Bangla Academy, January 2019, p.XX).

That he was a humane leader who got immersed in the world of miseries and pains of ‘the wretched of the earth’ and felt deeply about their predicaments. He could fathom the pains of Ludu who said he was not sorry for himself but for his wife who married him when he was out of jail knowing fully that he was a pickpocket. They had a son who died. His wife loved him a lot and was not willing to divorce him despite her mother’s strong pressure. Ludu also regretted destroying her future and felt bad for not knowing how she would live this difficult life. It is stunning when a leader of his stature can think so much about the misery of someone like Ludu and write, “Who knows what Ludu would do once outside the prison? But from what he said it seemed that he had begun cursing his own life!”(The Prison Diaries, ibid, p.38). The way his heart lay with those at the bottom of the social pyramid made him the greatest of the great leaders.

The author is Bangabandhu Chair Professor, University of Dhaka and former Governor of Bangladesh Bank. He can be reached at [email protected]