The Italian town auctioning off abandoned homes for €1 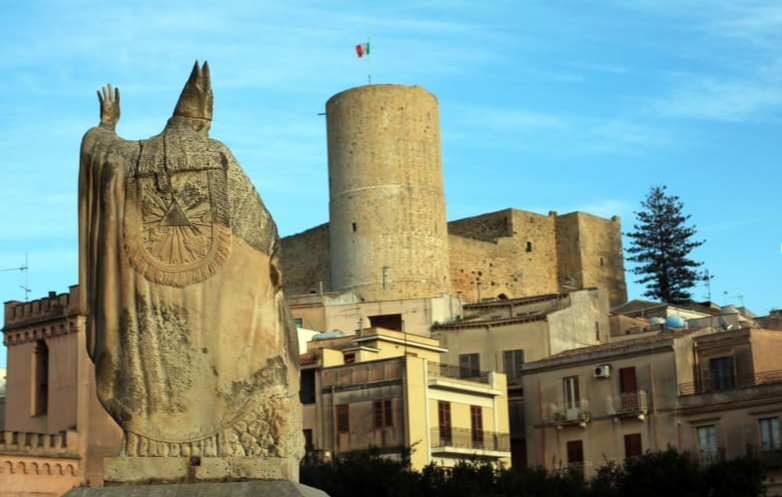 The Covid-19 pandemic may have irreversibly changed the world as we know it, but it seems there are some things that can still be counted on.

And struggling towns in Italy selling off abandoned homes at bargain prices in a bid to reverse a trend of depopulation is undoubtedly one of them.

The picturesque town of Salemi in Sicily is the latest to offer up dilapidated properties for less than the cost of an espresso.

This month, a few dozen crumbling dwellings will go up for auction with a starting price of €1, or little over a dollar.

The town's mayor, Domenico Venuti, hopes the scheme will breathe new life into Salemi, which saw its population shrink considerably when at least 4,000 residents fled following the terrible earthquake of 1968 that rocked Sicily's Belice Valley.

"All buildings belong to the city council, which speeds up the sale and reduces red tape," Venuti tells CNN Travel.

"Before launching the scheme we first had to recover the old parts of Salemi where the houses are located, upgrading infrastructures and services from roads to electric grids and sewage pipes.

"Now the town is ready for the next step."

While it might seem like Salemi is rather late to the one-euro-home party, officials were among the first to suggest selling off dilapidated homes for next to nothing on the condition that buyers renovate the properties.
Similar schemes have been launched in a number of Italian hamlets, such as Cinquefrondi, a community in the southern region of Calabria, and Mussomeli, also in Sicily.

However, officials couldn't get the Salemi project signed off at the time due to various bureaucratic issues, and it was deemed necessary for the town to receive an external makeover first.

"It was a long process," explains Venuti. "Not only did we carry out thorough maintenance works to secure the risky crumbly areas, we also had to recover many properties to residential use.

"We've been ready for a while but wanted to wait and see how the Covid-19 emergency evolved."
Italy was hit particularly hard by Covid-19 relatively early on, although Sicily has so far been one of the European nation's least impacted regions.

While Venuti admits the virus remains a concern for residents of the town, which currently has around 30 reported cases, he believes now is the right time to move forward with the scheme, stressing that case numbers are decreasing by the day.

The selected houses will go up for auction with a €1 starting price, replicating the method adopted by the Sicilian town of Sambuca, where dwellings were sold to the highest bidder and at least one buyer purchased a house sight unseen.

Dating back to the 1600s, the homes lie in the heart of the historical center, enclosed by the ancient town walls.
While some may be in need of substantial repairs due to the damage caused by the earthquake, many are in reasonably good shape, with minimal work required.

Covering an area of at least 85 square meters, they're made with a yellowish-pink solid sandstone extracted from nearby caves which is called "campanedda," or "bell' in local dialect -- its name comes from the sound the stone makes when hit with a hammer.

All have very similar features, such as multiple floors and thick walls, while a few have panoramic balconies, but those on Belvedere Street are arguably the most attractive, as they overlook a rich green valley.
Although restyled several times over the centuries, the homes, which stretch across two to three floors, were once microcosms of rural life in the town.

When they were first constructed, families would sleep on the upper floors, while their animals were kept in stables on the ground level.

According to Venuti, potential buyers aren't required to visit Salemi to inspect the homes before making an offer, but they will need to send a detailed restyle plan to demonstrate their commitment to the project.

Those interested can view photographs of available properties, along with maps identifying their whereabouts, and download application forms on the city council's institutional website once the project goes live.
The renovation projects will also be evaluated according to the urban impact.
Those planning to convert one of the properties into a B&B or another type of business establishment with economic activity will receive extra points and tax credits.

A single buyer can purchase more than one house, but all buyers must pay a deposit guarantee of €3,000, which is to be returned if the restyle is completed within three years.

Venuti says there are at least another 100 dwellings in the town that could potentially be sold after this first lot.

But many are former storehouses, stables or shops, so they'll need to be converted to residential use before being placed on the market.