How to better utilise forex reserves 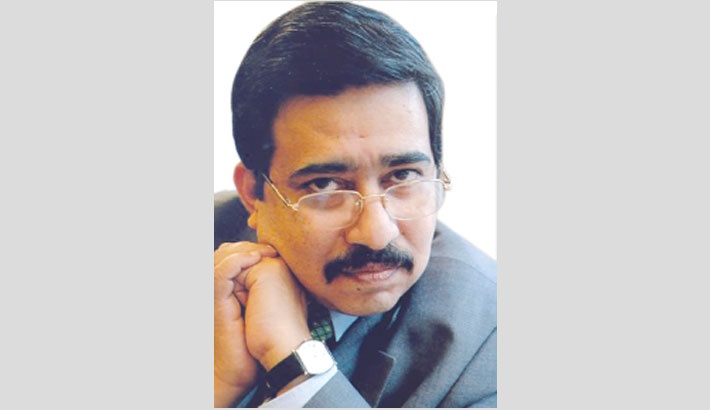 The country’s foreign exchange reserves recently crossed the 40 Billion USD mark, mainly owing to lower import payment pressure combined with consistently high flow of inward remittance. Revival of exports and relatively higher entry of development aid also played a role here. There are various corridor conversations regarding optimum use of this reserve, which is deemed to be high in relative terms. Some people thought that the government may think of using a portion of this to finance national priority infrastructure projects. Development partners once thought Bangladesh should set up an Export Credit Agency (ECA) to boost exports. Since Bangladesh does not export capital goods, this thought ultimately did not come to fruition. However, this is being an Asian century and our national priorities are going through dynamic changes, regarding attracting long term investment as well as sustainable growth financing, a few were loudly thinking of launching a ‘sovereign wealth fund’.

The government is naturally the custodian of the country’s financial assets. As a result, wealth management is becoming an increasingly important government responsibility. The question then arises: How can we manage these assets in the most effective and lucrative way that would deliver the highest possible benefit to the economy and the citizens? One should also remember: this must be profitably managed and not as a development fund.

Sovereign Wealth Funds (SWF) are state-owned investment funds, through which the government invests in a range of financial assets such as stocks, bonds, mutual funds, precious metals, derivatives, etc. The funds for a SWF are usually derived from various sources such as fiscal surpluses, surpluses from balance of payments, receipts due to resource exports, proceeds of privatisations, foreign currency operations and government transfer payments. By and large, SWFs have been natural resource related and act as a stabilising force. The motives for having a SWF may vary from country to country based on their situation and circumstance. For example, a SWF in an oil-exporting nation like Saudi Arabia can act as a buffer when the price of oil plummets, and commodity revenue falls. In many cases when a nation has surplus funds, it utilises a SWF as a way of directing it towards investments as opposed to just keeping it in the central bank or re-sending it into the economy. In very simple terms, a SWF could be an additional way for the government to make some money as an investor.

There are certain benefits of having a SWF such as it is a very good tool for a nation to invest internationally; if correctly and sensibly managed as well as intelligently invested, a SWF can be an additional source of regular income/profit for a nation; it is a great way to put into use any excess funds available rather than letting those funds sit idle; and a SWF could even contribute towards the stability of a nation’s economy if it is invested in diverse sectors, which could have the effect of compiling wealth for future generations. A SWF in an emerging economy like Bangladesh can also operate with a wider development agenda (i.e. a Sovereign Development Fund). It can be used to fund our mega infrastructure projects and kickstart strategically important industries. Abu Dhabi’s Mubadala Investment Company has helped the UAE’s diversification agenda by bolstering new industries such as aircraft parts manufacturing and healthcare. Khazanah Nasional Berhad of Malaysia has been critical in developing the Special Economic Zone ‘Iskandar’ which has been dubbed as ‘Malaysia’s Shenzhen.’

To be effective, a SWF must be incorporated within the wider policy framework. Its activities must be coordinated with the operations of the central bank so as not to undermine monetary policy. It can also align itself with the fiscal framework. In Chile, SWFs are designed to smooth government expenditure across the business cycles. Similarly, in Bangladesh a SWF can act as a shock absorber during adverse times and can have a steadying effect which would minimise the impact of unpredictable and uncontrollable negative events. Additionally, a SWF can also act as a stabiliser for the Bangladesh Taka. Excess reserves sitting idly can drive up the value of the Taka, making our exports expensive. Investing these reserves abroad can bring the required balance. It can also act as a cushion during periods of weak terms of trade.

Most importantly, SWFs must be rooted in ironclad governance with absolutely no room for misuse and it cannot be left vulnerable to potential corrupt motives. SWFs, particularly those used to fund domestic projects, can easily become hotbeds of corruption, financial mismanagement or even financial misappropriation. Since typical budgetary protections and parliamentary oversight is not as applicable for SWFs, projects may get away with a lower degree of scrutiny. This could be particularly problematic for Bangladesh given the very negative experience with the misuse and corruption associated with bank loans, especially with the state-owned banks which have suffered a great deal from high rates of loan default. Therefore, when it comes to the utilisation of the SWF, especially for domestic infrastructure projects, very high levels of caution must be taken by the authorities such that the management and disbursement of these funds do not fall into the same trap which has almost crippled the state-owned banking sector.

Malaysia’s 1MDB scandal is an obvious cautionary tale. 1MDB was started in 2009 as a state-owned investment fund aimed at promoting development. It is alleged that as much as 4.5 billion USD was siphoned off by Najib Razak, then PM of Malaysia, in an unprecedented act of corruption that shook the financial world. It is very possible that influential and powerful syndicates and/or individuals within Bangladesh may also have the same ambitions with a SWF. In fact, it is very possible that there are those who may already be greedily “eyeing” the surplus of foreign reserves for highly questionable and corrupt objectives.

Corporate governance must be appropriately constructed with the government, the fund owner, setting the fund’s objectives, and effective accountability frameworks. Management of such funds must be operationally independent and comprise of professionals well versed in investment strategies and risk management. Transparency arrangements must be put in place to ensure regular disclosure of important information including the SWF’s objectives, governance structure, funding, withdrawals, expenditures, returns etc. Additionally, the utilisation of the funds from the SWF must be monitored very strictly by an autonomous regulatory authority with wide powers to punish anyone who commits any kind of fraud or misappropriation with the SWF.

There may of course be debates- should an LDC or meant to be a developing country, who wants to enjoy all preferential treatments, yet also wants to graduate, go for launching this sovereign wealth fund? Answer would be: it may not be a typical SWF, rather a portion of it can be used for supporting large domestic or growth sector investments, a portion of it may go as equity participation with large FDI entities and portion of it to Asian investments. At the same time, we should also think of sovereign bond issuance which had been kept in the refrigerator for long.

When it comes to the effective utilisation of a SWF, diversification is the key and the fund managers must develop a strategy whereby investments of funds from the SWF are made in an optimal manner into multiple sectors and in those types of investments that are most suitable and equally beneficial to a country like Bangladesh. This may be achieved by first observing and learning from the successful SWF deployment strategies of other countries which are in a similar phase of development and economic progress as Bangladesh and also by utilising the expertise of other thriving SWF managers who may be willing to provide helpful guidance and mentoring.