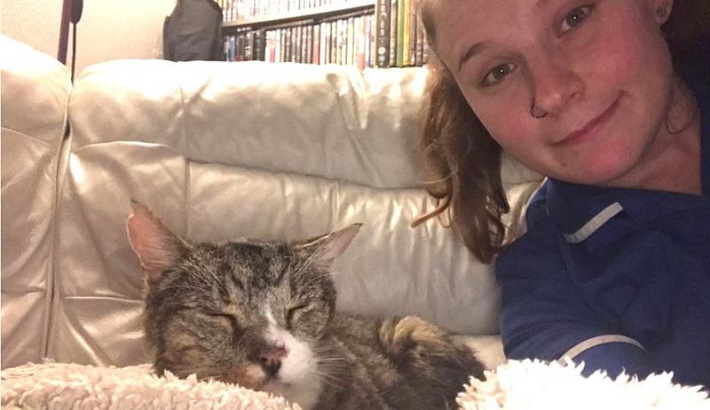 A "skin and bones" cat found wandering around a town has been reunited with its owner after apparently living rough for six years.

Muggles was a "big, chunky boy" when he disappeared from his Newmarket home in Suffolk of UK at the age of about three, BBC reported.

After being spotted in the town, his photo was shared on social media and his owner recognised her missing moggy.

Owner Eloise Renyard said it was "instant recognition for us both" when the cat was returned to her, BBC reported.

"Our family cat Muggles - I always called him Mr Muggles - went missing in the spring of 2014," said Miss Renyard, who was 18 at the time.

"He was like my shadow, following me everywhere, but the day before he was due to be chipped and neutered he just disappeared."