The world's largest wetlands are on fire 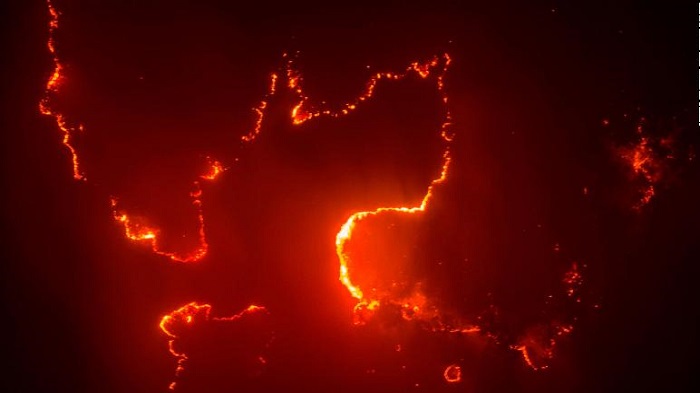 The world watched as California and the Amazon went up in flames this year, but the largest tropical wetland on earth has been ablaze for months, largely unnoticed by the outside world.

South America's Pantanal region has been hit by the worst wildfires in decades. The blazes have already consumed about 28% of the vast floodplain that stretches across parts of Brazil, Bolivia and Paraguay. They are still not completely under control.

The Amazon's frontline defenders are under siege

The fires have destroyed unique habitats and wrecked the livelihoods of many of the Pantanal's diverse indigenous communities. But their damaging impact reaches far beyond the region.

Wetlands like the Pantanal are Earth's most effective carbon sinks -- ecosystems that absorb and store more carbon than they release, keeping it away from the atmosphere. At roughly 200,000 square kilometers, the Pantanal comprises about 3% of the globe's wetlands and plays a key role in the carbon cycle.

When these carbon-rich ecosystems burn, vast amounts of heat-trapping gases are released back into the atmosphere, contributing to the greenhouse effect.

"The Pantanal is very important for the planet, it has unique wild areas that are fundamental to life on Earth," said Andre Luiz Siqueira, the CEO of ECOA, an environmental NGO based in the Brazilian state of Mato Grosso do Sul. "It is vital that it [receives] as much attention as the Amazon."

Brazil's National Institute of Space Research (INPE) has detected more than 21,200 fires in the Pantanal biome so far this year, a figure that is already 69% higher than the full-year record from 2005, when INPE recorded roughly 12,500 fires. There were 8,106 fires in September alone -- more than four times the historic average for the month.

Alberto Setzer, a senior scientist at INPE, said satellite data shows the fires are the worst since records began in 2002, both in terms of the number of individual blazes and the area burnt.

The Pantanal's distinctive habitats rely on what scientists call the "flood pulse." During the wet season between November and March, three quarters of the plain gets flooded, only for much of the water to drain away during the dry months, from April to September. This seasonal flooding makes the Pantanal a unique biome where large swaths of land regularly turn from terrestrial into aquatic habitats and back again.

The area is home to thousands of endangered or unusual species, including jaguars, capybaras, black caimans, giant otters and hyacinth macaws. It's also an important stop on the routes of around 180 species of migratory birds.

According to the World Wide Fund for Nature (known as the World Wildlife Fund in the US and Canada), the Pantanal boasts the greatest concentration of wildlife in South America -- higher than that of its more famous northern neighbor, the Amazon.

But this year's dry season has been the most severe since the 1970s. "There has been a climate emergency situation, with a great drought, never seen before," Siqueira said.

Occasional wildfires are normal in the Pantanal, so much so that some plants in the region developed resistance to fires -- for example by growing thick bark or covering their seeds with hard shells. But the unusually dry conditions this year have seen the blazes spread further and faster because there were fewer natural water barriers. Even areas that normally stay wet have turned into tinderboxes.

While fires ignited by lightning sometimes occur naturally in the Pantanal, Larcher, who works for environmental NGO Instituto Homem Pantaneiro, said this year's fires have mostly been caused by people. This is despite the Brazilian government's ban on fires for 120 days in the Amazon and the Pantanal that was issued in July.

But Siqueira said the ban wasn't being enforced strictly enough. "There are extensive areas (where) livestock farmers have regularly used fire as a way to clear farm fields," said Siqueira. "This year, even with the governmental ban ... these producers set fire that ended up spreading for thousands of acres due to the great drought."

As the global demand for agricultural products rises, so commercial farmers clear more of the Pantanal's native vegetation for growing and grazing. Brazil is already the world's leading exporter of beef. As the demand for meat rises around the world, so does deforestation in the Amazon.

Sugarcane, cotton and soybeans are other lucrative options. When US President Donald Trump imposed punitive tariffs on Chinese exports in 2018, Beijing retaliated by placing a new 25% tariff on American soybeans, forcing Chinese buyers to look for alternative sources of the protein-rich commodity.

Brazil was ready to step in. The US Department of Agriculture expects the South American country to have record soybean production this year, and the land area used keeps growing. A soy moratorium, in place since 2006, banned deforestation for the crop in the Amazon -- but those protections don't apply in the Pantanal and Cerrado.

Siqueira and many others, including global environmental advocacy groups such as Greenpeace, Wetlands International and the WWF, blame the policies of Brazilian President Jair Bolsonaro and his Environment Minister Ricardo Salles for the devastation.

"It's a direct result of the dismantling of the Brazilian environmental agenda and its institutions under the current government," Siqueira said, pointing to deregulation and funding cuts for monitoring agencies.