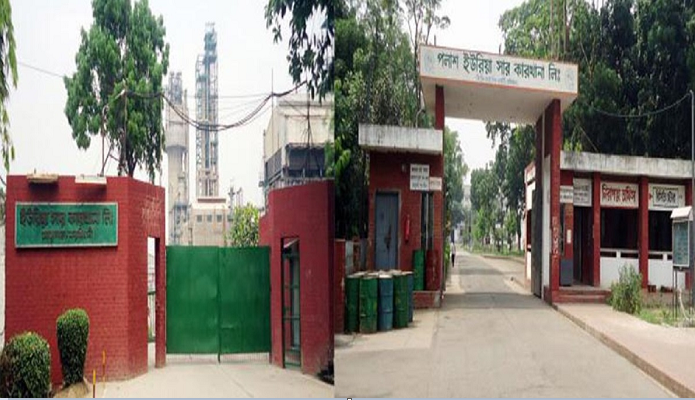 The construction of the country’s largest fertilizer factory, Ghorasal Polash Urea Fertilizer Factory, is expected to go production by October, 2023.

Bangladesh Chemical Industries Corporation (BCIC) under the Industries Ministry is implanting the project at a cost of around Taka 10,460.91 crore or US$ 1,245.35 million, by availing the finance as loan from three foreign financial institutions.

Talking to BSS, State Minister for Industries Kamal Ahmed Mojumder said after completing the construction of Ghorasal Polash Urea Fertilizer Factory, it will be the largest factory in the country’s industrial sector.

As per the government plan, he said, the production capacity per day will be about three times higher than that of the existing two fertilizer factories.

Explaining further the environmental issues, Kamal Mojumder said it is the first fertilizer factory in Bangladesh where the environmental pollutant Carbon-Di-Oxide (CO2) will be captured from the primary reformer flue gas and the production of urea fertilizer will be increased (about 10pc ) by using the captured CO2.

Responding to a question, a senior official of the project informed that many activities of the project are already going on and they spent Taka 2,983.83 crore in the last financial year.

The official said the factory will also help bring huge benefits indirectly for the economy alongside saving of yearly approximate Taka 1,075.39 crore in foreign currency.