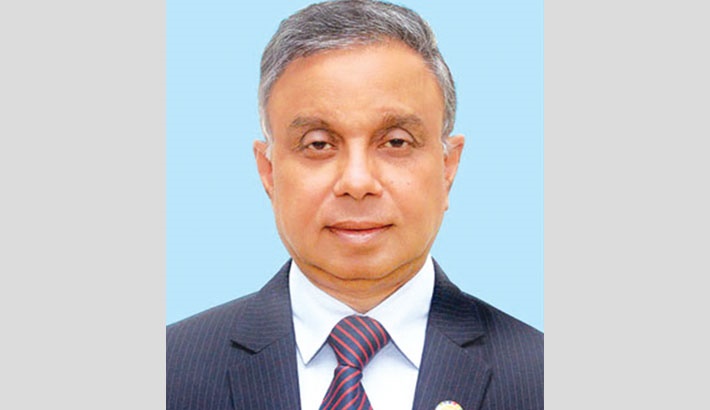 From the Paris Declaration 2015, vulnerable countries find hopes and aspirations to keep global warming within 2 degrees and a more ambitious proposition of 1.5 degrees with an expectation to keep nature in favour of them. If this declaration could be achieved, sea-level rise will be at a slower pace and the Small Island Countries may not be extinct or go under the seawater, inundation by saline water will become less frequent, so will cyclone and tornado, and overall the planet will become more liveable. Unfortunately, some of the big emitters though signed the Paris declaration, are less committed to following that, and all we know the biggest emitter the USA has backtracked from the agreement. Ray of hope is the USA’s election result may change the scenario.

What sorts of climate disasters are going on? Stocktaking of the last few months will say the frequency and magnitude of disaster are increasing day by day. Just to name a few, only in September this year, are North American Wildfire on September 11, Atlantic Hurricane on September 11, Beirut Explosion on September 10, Sudan Flooding on September 9 and Venezuelan Humanitarian and Refugee Crisis on September 7. These disasters along with this month’s Typhon Gani and super cyclone Amphan in May caused huge damage all over the globe including the Philippines and Bangladesh.

In a report on Hurricane on 6 October, it was said that all the records of the 2020 Hurricane season has broken so far. The 2020 Atlantic hurricane season has been hyperactive with 25 named storms, including nine hurricanes, spinning across much of the Atlantic basin. Those storms have set several records through early October.

Global surface temperature, for the first nine months of 2020, shows that in many months it had a new higher record and so far, this year records the highest temperature. So, it is most likely that the frequency of extreme environmental events, such as forest fires, hurricanes, heatwaves, floods, droughts, and storms will be much higher. The number of natural disasters has tripled from thirty years ago, and climate change is a factor in causing this higher rate.

Natural disasters cause huge loss of life, damage of properties, change of profession, degradation of soil, change of agriculture pattern, forced migration, health hazards, hampers education, destroys culture, reduces life expectancy, life and quality of life come at a stake. This year, coronavirus, another climate disaster brought the economic life almost to a halt and till October 2020 more than 1.2 million death: none knows where it will stop. It is predicted that this year additional 88 million to 115 million people have been pushed to extreme poverty for Covid-19 with the total rising to as many as 150 million by 2021, depending on the severity of the economic contraction.

At the backdrop of unprecedented climate change, the 2030 Agenda for achieving SDGs threw a herculean challenge to the whole globe with its 17 Goals, 169 targets and 232 indicators, 5P (people, planet, prosperity, peace and partnership) at the core. While ‘Leaving no one behind’ is the mantra of achieving SDGs, promoting coordinated development of the trio of economic growth, social inclusion and environmental sustainability worldwide and Localisation is considered as main tool for implementation. Covid-19 made the agenda 2030 more difficult to achieve.

We find that with digital transformation, localisation allows governments to effectively tailor sustainable development strategies at the local level. The Local Governments shall also be made to join hands to achieve the SDGs. The SDGs shall be integrated across the 3 dimensions of sustainability across all sectors of the economy and society, and from the local to national level. Localisation requires local governments’ effective planning by ensuring that budgetary allocations reflecting the priorities of local communities. Appropriate funding for development programmes and projects and effective application at the local level are also important. Adequate data are necessary to identify and follow-up with decision makers, which requires a review of institutional competence in dealing with information and data and the use of digital transformation for this purpose.

Localising the SDGs means to make the aspirations of the SDGs real to communities, households and individuals particularly to those who are at risk of falling behind. Local communities and stakeholders, who know individuals and collective needs and capacities best, are critical partners in implementing and realising our global accord. In Bangladesh, while analysing the targets and indicators it was found that all these are not necessary and not equally important also. Looking into the necessity, priority and resource constrain, the government of Bangladesh identified 40(39+1) indicators in the process of localising SDGs, particularly at the district and upazila level. These 39 indicators from 17 goals namely poverty, both lower and higher case, stunting, arable land, infant mortality, under 5 mortality, maternal mortality, death in road accidents, attainment in education in primary and secondary level, education institute with electricity, safe water, improved sanitation and digital connectivity, inclusive education, child marriage, involvement of women in economic activities, water and sanitation, power and renewable energy, GDP growth, unemployment, road connectivity, participation of industry in growth and employment, ratio of the highest and lowest income, cost of planned migration, safe public transport for women, children and old people, industrial waste management, loss of life in natural disasters, marine resources, plantation and afforestation, birth registration, human rights and internet connection are selected which would be crucial for the local level of our country. Against 17 SDGs, 1 to 5 indicators are taken from each. A more critical analysis shows that 1 indicator from each SDG 11, 12, 13 and 14; 2 indicators from each SDG 1, 2, 6, 7, 10, 15, 16 and 17; 3 indicators from each SDG 5 and 8, 4 indicators from each SDG 3 and 9; and finally, 5 indicators from SDG 4.

The rest one of 39+1, would cover ‘leave no one behind’ for which, different districts or upazilas have different targets based on the context and ground reality of that particular geographical area. With the guidance of SDG experts ‘Natore Model’ of local level SDG planning and implementation are developed for the district level, and a framework is finalised for localising SDGs at the upazila level. This model prescribes extensive involvement of both district and upazila officials and elected public representatives. For a better understanding of SDG and prepare district and upazila plans following the Natore Model, awareness programme through workshops at the division and district level have been done. It is hoped that local level people would fix the targets and prepare corresponding action plans to implement the SDGs involving all stakeholders. Moreover, each district has its ‘Branding’ issues like Chandpur has, ‘Elisher Bari Chandpur’ (Chandpur is the home of Hilsa), Jamalpur has ‘Nakshi Kantha’; along with localisation, districts and upazilas add their branding with development and promotional activities and has the opportunity to take a holistic approach.

While identifying vulnerability and most deprived persons irrespective of gender, the districts and sub-districts prioritised the river erosion caused homeless people first; it was followed by agriculture labour, children and labour of tea garden. Common issues they identified are child marriage and drug abuse. The report of division, district and upazila workshop reveals that coastal area identified salinity, river erosion, health, drinking water and modernisation of fish and shrimp cultivation as the most important issues to address. While hill districts identified health, education, afforestation, tourism and drinking water to address on a priority basis. Haor areas identified waterlogging, early flash flood, embankment, dredging and skill development as important areas to address. On the other hand, planned city, waste management, technical education, protect agricultural land are issues of urban and semi-urban areas. Plainland identified skill development, quality education, waterlogging, road safety, crop intensity, marketing of agriculture products, river and canal dredging, ICT, water reservoir, the indigenous verity of fish and industry as their area of attention. Other major identified areas of localisation are inclusive education, women involvement in more economic activities, water and sanitation, internet facility, public transport, river erosion, cottage industry, migration, nutrition, vocational education and maternal health. This is to be kept in mind that the areas identified by the district and upazila are unique in nature and not common.

For monitoring and implementation of SDGs, the government formed committees at different levels of administration in division, district and upazila engaging government officials, elected representatives, civil society and NGOs, and this ensures whole of the social approach. All the Local Government bodies of our country Union Parishad, Upazila and Zila Parishad have an allocation from the government along with their own fund to implement their development plan which, in another way, may call the implementation of SDG. This is evident that allocation for the local government bodies is not enough to meet their revenue budget and development projects. The government of Bangladesh started implementing District Budget; this may help to address the issues of +1 and help implement localisation of SDG and ensuring ‘Leave no one behind’.

The writer is a former Principal Secretary to the PMO