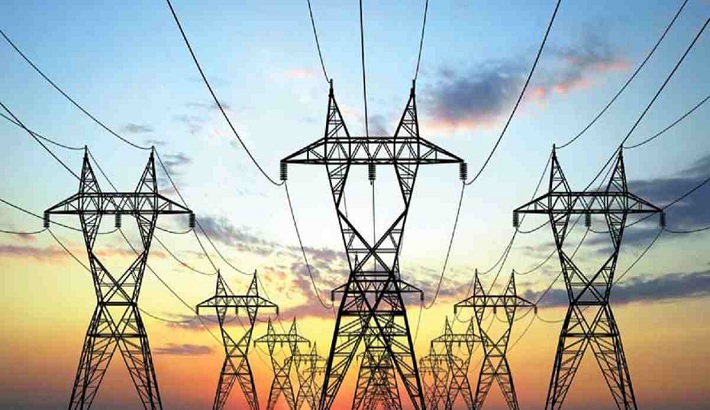 Bangladesh’s Power sector is back on track with a 15 per cent year-on-year rise in electricity demand as industrial production resumed on a full scale despite the coronavirus pandemic.

“We have noticed a 15 per cent increase in electricity demand in October this year compared to the same period last year. It proves that we have already begun our normal life and doing great in overcoming the impact of COVID-19 crisis,” Power Division Secretary Dr Sultan Ahmed said in an exclusive interview with the Daily Sun Business Editor.

What did the Covid-19 pandemic mean for the power sector?

We were striving and looking forward to ensuring cent per cent electricity coverage across the country in Mujib year under the leadership of Prime Minister Sheikh Hasina.

All of a sudden, the coronavirus pandemic caught the world by storm and halted all the progression. Bangladesh is no exception to its impact as well. With the view to curbing the impact of the pandemic, the country went through a lockdown which affected the normal life extensively.

When the lockdown was withdrawn, everything began to turn back to normal. However, during the lockdown, 18 organizations including the power division didn't stop working to achieve our goal to ensure 100 per cent power across the country in Mujib Year, the secretary said.

In 1996, when Prime Minister Sheikh Hasina came to the power, the government adopted some policies for institutional reforms in power division to provide affordable and quality power to the people of the country by 2020. Under the leadership of Sheikh Hasina, we have been able to ensure 98 per cent electricity in the country, he added.

Although we have built infrastructures with submarine cables and also laid electric lines to supply electricity to some off-grid area, there are only a few places where we could not take the submarine cable. In order to fulfil our pledge, we have setup solar-systems there, Dr Sultan Ahmed noted.

However, there are some pitfalls of solar power energy--- the primary challenge is that it becomes difficult to provide 24/7 electricity supply due to the lack of storage system.

“For instance, in Monpura, we have installed three solar mini-grids and are shifting to hybrid soon. There will be some diesel generators in stand-by mode to support the hybrid power system. Our goal is to ensure 24/7 power supply to the area.”

In Hatia, we have some existing plants, and we are striving to supply electricity around the clock. Also, we have noticed some commercial demand in Hatia, for instance, the cold storage industry, and we are trying to ensure 3/4 MW electricity supply to support industrialisation in the area.

The COVID-19 crisis along with Amphan disaster hampered the constant progress in the power division significantly. For example, the Cyclone Amphan damaged most of the connections and we successfully ensured 90 per cent reconnection in 24 hours.   Amphan also damaged transmitter in Kushtia and in two days we successfully reestablished it.

On the other hand, while the meter men were measuring the used electricity, it showed less than the electricity used. In that case, we increased the used amount and balanced the overall usage and bill. In order to maintain a good relation with our customers and provide an excellent service, we have successfully solved the issue and our customers were also very supportive under such circumstance.

We have a significant amount of expenditure to produce, run the transmission systems and supply uninterrupted electricity to our customers. We are also bound to pay the due loan and payment to the IPPs (Independent Power Producers).

Meanwhile, our customers could not pay the bill due to the lockdown even though there were some mobile applications facilitating bill payments. As a result, it created a gap in our receipt but we have overcome the challenge with the help our customers. Moreover, the government also approved the billing system without including the surge charge and fine till July 2020.

Another important factor is that we had some mini-grids in the private sector and provided electricity for a high cost, for instance, Tk 30 for per unit. To mitigate this high cost, the government has announced a fixed tariff for everyone. For instance, the amount urban people will be charged will remain the same for the rural people who are getting electricity from mini-grids.

In order to facilitate the proper distribution of solar power, we have planned to get the electricity from the mini-grids.

We sent a summary to the Prime Minister Office (PMO) for getting 21-26 solar power mini-grids. Among all the power distribution companies, BREB (Bangladesh Rural Electrification Board), NESCO (Northern Electricity Supply Company), BPDB (Bangladesh Power Development Board) and others will take some mini-grids to make electricity more accessible. We have also asked them to submit the guidelines on how they will implement those.

How the Power Division is ensuring customer satisfaction after the issues with billing systems during the Coves-19 crisis?

We have a total of 6 utilities, in both urban and rural area. Among all the utilities, we got the most complaints against Dhaka Power Distribution Company (DPDC). Of the total 380 million customers under DPDC, we received about 60,000 complaints regarding the bills. DPDC, while averaging the bills, made a mistake.

They were asked to charge customers based on the last year's February bill and adding some percentage. Almost everyone followed the instruction but DPDC made such mistake due to misunderstanding. Consequently, this raised many allegations against the Power Division.

It is imperative to keep in mind that DPDC purchases electricity from BPDB and take input to distribute among the customers. It is mentionable that we have analyzed their action and found that they included the extra charge without taking the necessary aspects into consideration. In order to make them do so, they formed a committee by themselves and even the ministry formed a committee. We have instructed them to be more sincere and practical while taking such decision and this became a lesson learned for DPDC.

However, DPDC is providing wonderful service to its customers and they made the bill payment convenient for the customers as well. Hence, customers don't have to go to banks to pay their bills. Besides, they have taken initiatives to install prepaid meters.

In order to enhance our customers' experience, we are always striving to deliver the best service and to do that we have sent persons from the ministry to solve if there is any confusion. It is important to consider power-ceiling, which means that power costs more when used in the evening and less during dawn. Moreover, when the total usage exceeds 300 units, the price automatically increases. Those customers who are oblivious to this power-ceiling factor, they think that they are being charged more.

How did the government manage the surplus electricity during COVID-19?

There is a paradox here which is interesting. Producing electricity is very expensive and this is heavily subsidized by the government. For instance, we are producing per unit at a cost of Tk 15, but we are selling this to our customers at only Tk 4 per unit. Because of the lower demand and production during the corona crisis, the government's cost decreased as well. As a result, the government saved a lot of money.

But, we noticed that the Ministry of Chattogram Hill Tracts Affairs has already taken an initiative and made three category solar energy production modules for providing solar electricity. Later we sat with the Ministry of Chattogram Hill Tracts Affairs and urged them to take all the necessary steps so that we can achieve cent per cent electricity coverage in the Mujib year and they have agreed to work together.

If we take this practice, it is all good. However, some technical issues are playing a significant role. For instance, none of the plants is being operated in 100 per cent factor. Let's say you built a power plant to produce 100 MW of electricity, but you will get only 80 MW of electricity which means you are losing 20 MW or 20 per cent. Moreover, to run the plant 5MW or 5 per cent is required which referred to as 'auxiliary electricity.' System loss and technical/non-technical loss is 10 MW or 10 per cent.

Spinning for transmission also takes 5MW or 5 per cent, they also keep 5 per cent for security purpose. To sum up, of the total 40-45 MW or 40 per cent of electricity are lost. It is worth mentioning that we are doing great than other countries, especially from our neighbouring country. We are following the international procedure to produce electricity.

In our power generation master-plan, there is a curve in demand and capacity which came to a stability to 30 per cent which means you have 30 per cent more in your hand than the existing demand. Therefore, we have been able to provide uninterrupted power to our customers.

We are going to review our Power Generation Master Plan 2020 to include a power and energy master plan. This means we are going to create a comprehensive master-plan that will cover all the energy and power elements. The plan will remain effective till 2030.

Is there any plan to retire the small power plants?

There is a retirement agreement which describes the retirement time of each power plant. It is evident that most of those power plants are old now. Taking this factor into account, we are going to towards a 'no electricity-no payment' policy. In order to exploit those idle plants, we are planning to go for gas-based electricity production from the plants.

Are we ready for 100 per cent electricity distribution and transmission?

Although we are determined to achieve our goal by December this year, we still have one more year to improve our distribution and transmission systems.

Is the transmission network ready to carry electricity from Rooppur plant?

Transmission requires huge and significant work. We already have a schedule and according to the schedule, we will be able to evacuate the Rooppur power plant, Mongla Power Plant, and currently, we are evacuating from the Payra power plant.

Due to the travel restriction in the country, experts from around the globe including China, Korea, US cannot come to the country. As a result, all the grids projects are delayed for six months.

Greenpeace recently visited the coal-based power plants and reported that these power plants will have a significant impact on the environment.

As you were involved in Department of Environment (DoE) in your career, what do you think in this regard?

Although I am not sure how they took all the data, it is important to know we have used ultra-super technology in the coal-fired power plants. As a result, the use of raw coal has been reduced to a great extent. Overall, we are going to exploit technology advancement to run the power plants without harming the environment.

Does the government any plan to move away from coal-fired power plants?

We have not moved away from coal-based power plants. We are aware of the discussion regarding coal production and its impacts as well. After taking all the aspects into consideration, we are preparing our power and energy master-plan. Moreover, we are also aware of the quality of the coal, and keeping this mind and using the technology advancement to produce electricity hurting the environment.