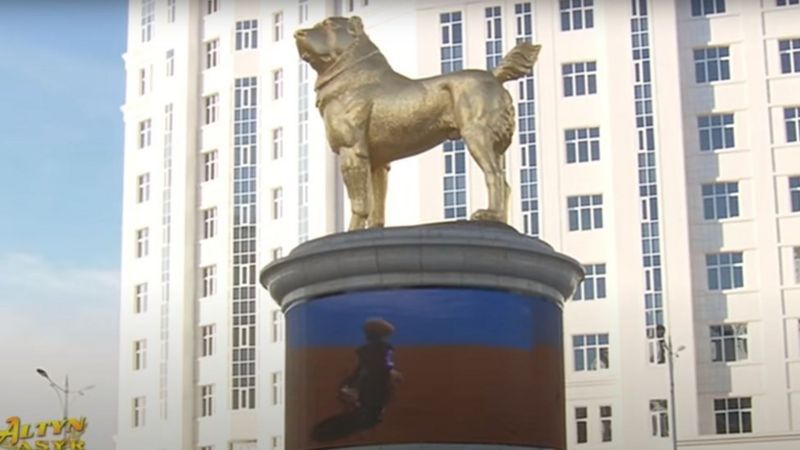 Turkmenistan's president has bestowed his favourite dog breed with the highest honour - a giant golden statue.

Gurbanguly Berdymukhamedov unveiled the 19ft (6m) statue of the Alabay dog in the capital Ashgabat on Tuesday.

The Alabay is a home-bred Turkmen variety of the Central Asian shepherd dog and is listed under the country's national heritage.

It isn't the first time the breed has been honoured by the president - last year he devoted a book to the Alabay.

Despite the grandeur of the statue, much of Turkmenistan's population is impoverished. The country is rated as the least free in the world by press freedom organisation RSF, below that of even North Korea.

The statue is located in a residential area designed for civil servants, according to Eurasianet.

It features an LED screen with video footage of the breed in various situations. It's unclear how much the statue cost to construct.

During the unveiling, a young boy was handed an Alabay dog, which is officially listed as an asset of the country's national heritage, along with the handmade carpets and the ancient Ahal Teke breed of race horse.

Mr Berdymukhamedov has spoken of his love of local Ahal Teke horses, known for their beauty and stamina.

In 2015, a golden statue of the president riding a horse was unveiled. 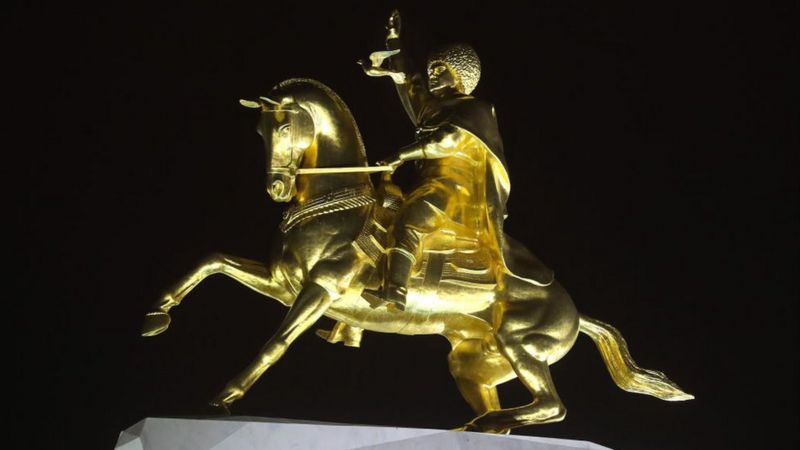 Mr Berdymukhamedov has occasionally given a horse or a puppy to leaders of "friendly" nations, and among the recipients of such gifts were the late Uzbek President Islam Karimov, Russia's Vladimir Putin, and the Qatari emir.

Mr Berdymukhamedov was criticised for his handling of the dog he gave Mr Putin after a video of the incident went viral in 2017. He took it by the neck and held it in the air.