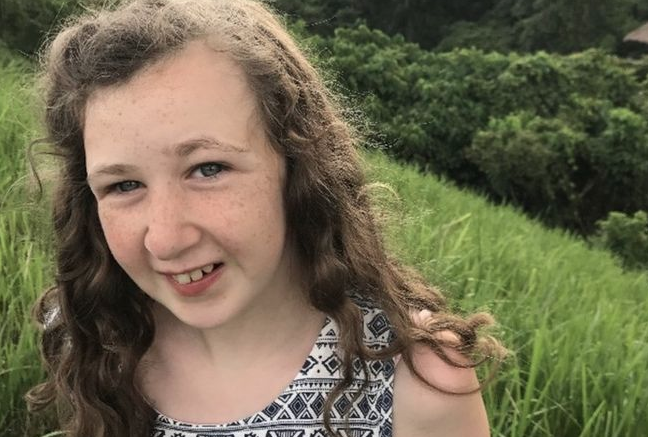 The mother of a British girl found dead in a Malaysian jungle heard voices inside their family chalet the night her daughter went missing, an inquest heard.

Nóra Quoirin, from London, was reported missing on 4 August 2019. Her body was discovered nine days later.

Meabh Quoirin, who believes her daughter was abducted, said she heard "moving voices" inside the chalet.

She was not concerned as she "was not fully conscious", she told the court.

Nóra's family, from Balham, were staying in Sora House in Dusun eco-resort near Seremban, about 40 miles (65km) south of Kuala Lumpur, when they reported Nóra missing, the day after they had arrived.

The 15-year-old, who was born with holoprosencephaly, a disorder which affects brain development, was eventually found by a group of civilian volunteers in a palm-oil plantation less than two miles from the holiday home.
Mrs Quoirin told the court in Seremban, Malaysia, she recounted hearing "muffled sounds" at the front of the resort on the night her daughter went missing.

She added that it sounded like young people having a party.

She said she fell into a deep sleep after that and did not leave the bed at any point in the night "to avoid waking up and exacerbating her jet-lag".

Mrs Quoirin added she distinctly remembered being aware of muffled sounds in the chalet at another point saying that they "felt very close".

She was not concerned by the voices as she was not fully conscious, she explained to the court.

At 07:30, Nóra's father Sebastien went to the mezzanine level of the chalet where Nora had been sharing a double bed with her 12-year-old sister Innes.

It was then that they discovered their daughter was missing, Mrs Quoirin said.
Describing Nóra learning and physical difficulties, Mrs Quoirin said that her daughter had "a lot of physical challenges" with her motor skills and struggled with balance and coordination.

She described how if Nóra tried to run or move quickly she would have an "awkward gait and she would stumble if it was not flat."

'Tire easily'
Mrs Quoirin added that her daughter struggled with zips and buttons and that she had "core strength" problems.

"Her school day was very tiring, just sitting would demand quite a lot of effort."

The mother said that her eldest daughter did not do anything at home without her help.

"She would always sit beside her mum or dad ... she never went anywhere by herself," she told the court.

"Overall we explained it that she had a mental age of about five or six."
Mrs Quoirin rejected the possibility that her daughter might have wandered off alone.

"Scratchings and markings" were found on Nóra's body, but the mother claimed they were not constituent with a child walking naked in the jungle "constantly".

Mrs Quoirin said a lot of damage would be done to the body because of the terrain and that it would have been "extremely difficult" for Nóra to navigate it.