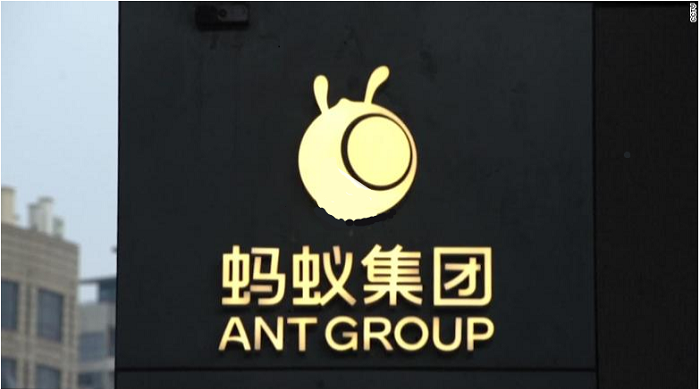 Fears that Beijing could tighten the screw on China's biggest tech companies have wiped hundreds of billions of dollars off their stock market value in just two days.

Shares in Alibaba (BABA) and JD.com (JD) have plunged more than 10% each in Hong Kong trading since Tuesday, putting both stocks on track for their worst week ever.

Meituan Dianping, which offers services similar to Groupon and Yelp, and gaming company Tencent (TCEHY), have also shed billions of dollars in market value. All told, the four stocks have lost a combined $255 billion, based on the value of their Hong Kong shares, according to Refinitiv data.

Analysts point to signs of a crackdown out of Beijing as the reason for the fear. On Tuesday, the State Administration for Market Regulations, China's top market regulator, outlined guidelines it says are intended to prevent internet monopolies.

The guidelines are still in draft form. The regulator said on its website that it's soliciting public opinions on the draft until the end of this month and welcomes suggestions for revisions.

But coming so soon after Beijing slammed the brakes on the huge IPO planned by Alibaba affiliate Ant Group, the draft regulations provide more evidence of a new restrictive environment for China's biggest tech companies, long promoted by Chinese officials as national champions.

The regulator said that curtailing the domination of e-commerce websites and other apps would protect fair market competition and ensure healthy growth for the internet economy.

"The China government is concerned about actual or possible monopolistic behavior, and the sheer size of the incumbents, either leading to unfair competition or squeezing out new players and reducing competition," said Jeffrey Halley, senior market analyst for Asia Pacific at Oanda, adding that the drafted guidelines signal a "much more vigorous regulatory environment."

Halley said he expects tech stocks to remain under pressure until the scale and scope of the new regulations becomes clearer.

The sell-off is also being fueled by investors switching out of the booming tech sector into stocks that more closely track the economic cycle after Pfizer's breakthrough on a Covid-19 vaccine boosted hopes of a return to more normal life, he added.

"We believe the guidelines, if strictly enforced, could weaken the bargaining power of those big platforms in dealing with merchants," analysts from Nomura said in a research report on Tuesday.

Citi analysts, meanwhile, said Alibaba and Pinduoduo (PDD) may be affected more than other e-commerce sites, since those two rely on the use of personalized and targeted product recommendations — features that could be restricted by new rules.

The Chinese government has been intensifying efforts recently to exert pressure on rapidly growing internet firms.

The regulators warned against monopolistic behaviors and said the government would publish more regulations targeting online transactions, streaming, and other services. They said they would also launch a crackdown after the Singles Day shopping season on "illegal cases," and warned firms against inflating their sales figures and cheating customers.

The Singles Day online shopping bonanza this year already appears to be on pace to break records again. Alibaba said early Wednesday morning that the annual sales frenzy has so far pulled in 372.3 billion yuan ($56.3 billion).