Govt, EC need to learn from US election: BNP 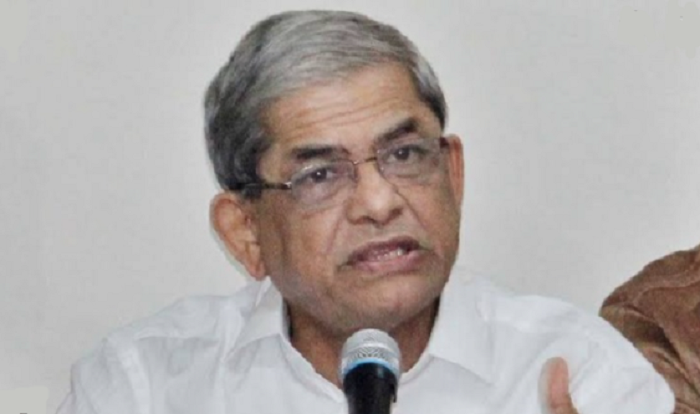 BNP Secretary General Mirza Fakhrul Islam Alamgir on Tuesday urged both the government and the Election Commission to take a lesson from the US presidential election.

"The Awami League government is an illegitimate one. They’ve completely destroyed democracy by using state institutions and ruined all the prospects of democracy. But it’s not the end,” he said.

BNP arranged the press conference at its chairperson’s Gulshan Office to present the party’s observations about the role of the government and the Election Commission in the Dhaka-18 and Sirajganj-1 by-elections.

Fakhrul said the election authorities in the US remained steadfast in the face of all the pressures and upheld the verdict of people. “That’s called democracy.”

"Democracy cannot be established without democratic institutions. The institutions must be neutral, the Election Commission, the judiciary and the administration must be completely impartial and strong. They should work for the welfare of people,” he observed.

The BNP leader said the government should observe the social media to see how arrogance has been eliminated in America and how people have resisted the haughtiness. “You must have noticed that many Americans have breathed a sigh of relief as they’ve come out of a terrible situation.

The BNP leader said the entire world has heaved a sigh of relief with the outcome of the US election as the global community has a desire to come out of the grip of authoritarianism.

He alleged that the Awami League government cannot realise the country’s situation and read the languages of people’s eyes and wall writings as it has plunged into darkness. “You’re living in a dark hole and taking the nation there.”

Fakhrul said their party wants to show the nation the light of sun from that hole. “Let's all try to do that together. We call for the complete dissolution of the Election Commission and the formation of a neutral government to establish a pro-people government through a free and fair and credible election.”

He also urged the current Election Commission to step down for what he said its subservient role. “This is the high time for the people of all walks of, life irrespective of their political identity, to raise voice for the restoration of democracy.”

About the atmosphere in the by-polls to Dhaka-18 and Sirajganj-1, he said law enforcers are raiding the houses of BNP leaders and activists at night and threatening their family members of dire consequences if they stay in their areas.

He said their party candidates and their supporters are being obstructed from carrying out electioneering. “A reign of terror has been established in the election areas with repressive acts. We would like to say people must put up a resistance against such acts and restore their rights.”