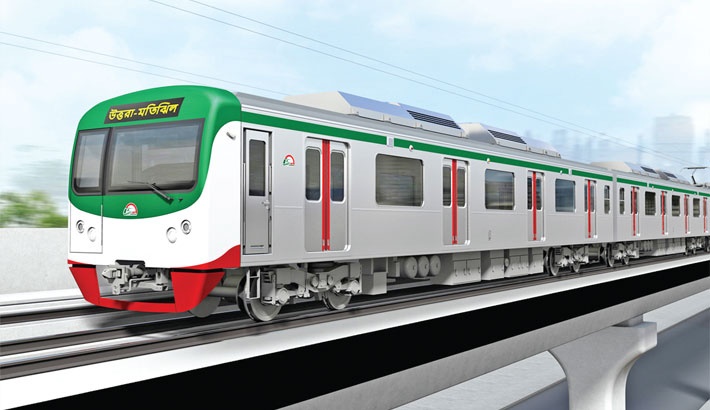 In this regard, BTRC has placed a proposal to posts and telecommunications division for approval it, BTRC sources said.

Dhaka Mass Transit Company Ltd (DMTCL) under the ministry of roads and bridges applied for allocating 2.5GHz band spectrum on May 15, 2020 to operate the metro rail safely and smoothly.

As per the proposal, the commission has primarily agreed to allocate them 10 megahertz (MHz) spectrum under 2.5GHz band.

Bangladesh has also plan to use the band for expansion of the latest technology that will help expand wireless network expansion in the coming days.

To fix the tariff for allocation of the band to DMTCL, the commission has also formed a committee.

The committee has recommended fixing the tariff at $2.8 million which is only 1 percent of the tariff fixed for 2100MHz spectrum auctioned in 2018.

Then, the government had fixed tariff per MHz at $28 million, according to officials.

Now, it has been proposed at $0.28 million per megahertz for metro rail project, which will provide low cost communications for the commuters between Motijheel and Uttara, for 15 years.

The proposed spectrum will be allowed for using Line of Sight (LoS) under Dhaka Mass Rapid Transit Development Project (Line-6).

The government has divided the Dhaka Mass transportation system into six parts for smooth metro rail communication which will be complete in different phases starting from 2024.