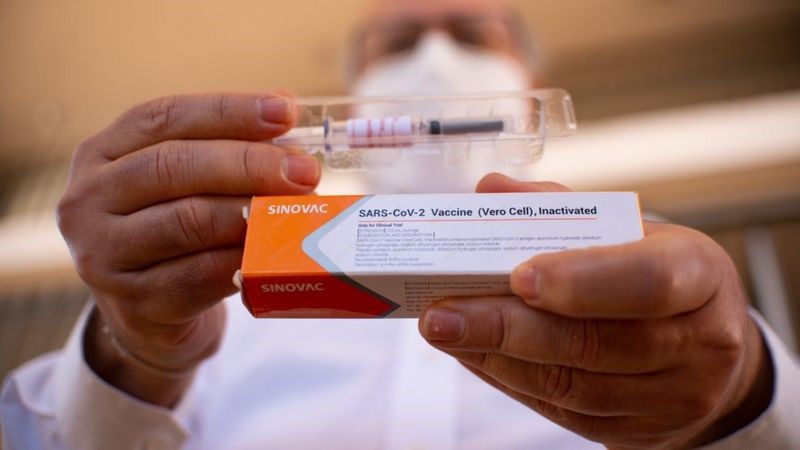 The Brazilian clinical trial for a high-profile Chinese Covid-19 vaccine has been suspended after health authorities reported a "severe adverse" incident.

Brazilian health regulator Anvisa said it took place on 29 October, but did not give further details.

The Sinovac vaccine is one of several vaccines in final-stage testing.

But China has already been using it to immunise thousands of people in an emergency use programme.

There was no immediate response from Sinovac.

On Monday Anvisa said it had "ruled to interrupt the clinical trial of the CoronaVac vaccine after a serious adverse incident".

It did not reveal what happened, nor where it took place. Late-stage trials for the Sinovac vaccine are also being conducted in Indonesia and Turkey, but neither of these countries have announced a suspension.

Dimas Covas, the head of Butantan, the medical research institute conducting the Brazilian trial, told local media that the trial's suspension was related to a death.

But he insisted that the death was not related to the vaccine, reported Reuters news agency.

Butantan has said it would hold a news conference on Tuesday at 11am local time (1400 GMT).