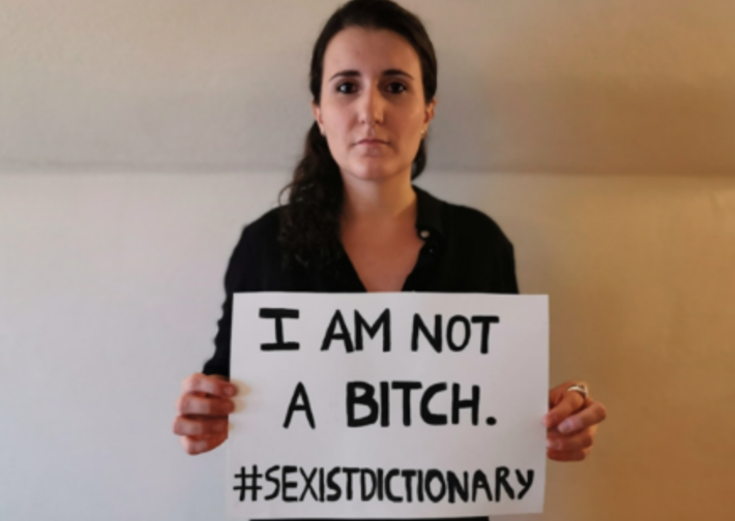 The Oxford English Dictionary has updated its definition of the word “woman” in its latest gender review, after complaints it was “sexist”.

The changes come after a petition was set up last year by campaigner Maria Beatrice Giovanardi to get rid of all phrases and definitions that discriminate against or patronise women.

So far it has gained more than 34,000 signatures, and aimed to eliminate synonyms such as “bitch, besom, piece, bit, mare, baggage, wench, petticoat, frail, bird, bint, biddy, filly” from the dictionary.

In the online petition Ms Giovanardi said: “Over a third of young women aged between 18 to 24 have been targeted by online abuse.

“We can take a serious step towards reducing the harm this is causing our young women and girls by looking at our language – and this starts with the dictionary.”

Speaking to The Independent she said:  “I would like to say yes, it’s a victory, because I am very happy about all the changes they have made, because we have improved the definition so much and the synonyms compared to what they were.

“It’s unfortunate, one thing I wish they had changed [is if] they had got rid of the word bitch. That was one of our main points, and one of the reasons why people were so angry in the first place.

“I will challenge them again and again, and if they aren’t going to make any more changes at this point, I hope they will soon realise that just like d***head is too derogatory for their dictionary, that bitch is just the same vulgar slang, and too derogatory to be taken in the lighthearted way they think of it.

“Bitch is not just an offensive word, it’s sexist and could be considered hate speech because women are an oppressed group.

“I hope soon the oppression of women will be considered the same as racism and homophobia is. They are all huge problems, but I don’t think sexism is seen in the same oppressive way as other issues, like race or sexuality.”

She added: “I’m 85 per cent happy, it [the definition] is still 15 per cent sexist, it’s a big big improvement and a big win for the LGBT community which I think is a huge thing, that they acknowledge other sorts of love, and it’s not a man’s wife or woman’s wife, it’s a person’s wife.”

The petition also aims to enlarge the dictionary’s entry for women, and “include examples representative of minorities, for example, a transgender woman, a lesbian woman”.

Synonyms including “bint” and “bitch” have not been removed from the latest edition but have now been labelled as “offensive” and “derogatory”, while “wench” has been removed altogether.

Following a gender diversity review that ended earlier this year dozens of other words have also been changed.

Included in the revamped edition is an updated definition of “man”. Previously it had included “a husband or lover” but this was changed to “a person’s husband, boyfriend or male lover”.

In a statement given to The Telegraph, publisher Oxford University Press (OUP) said that the dictionary is “driven solely by evidence of how real people use English in their daily lives”.

It added: “We have expanded the dictionary coverage of ‘woman’ with more examples and idiomatic phrases which depict women in a positive and active manner.

“We have ensured that offensive synonyms or senses are clearly labelled as such and only included where we have evidence of real world usage.”

The OUP had previously said in March last year that dictionaries “reflect rather than dictate” how English is used.