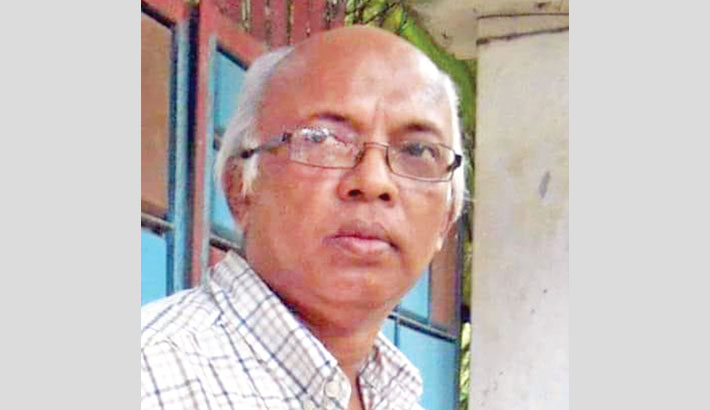 The journalist Jim Acosta put it well. The lights, said he, were going out on the Trump presidency. And as this piece is being written, there is every sign that many of the lights are being switched off by the President himself. He has refused to follow convention, which is for a defeated presidential candidate to pick up the phone and congratulate his rival on the latter’s triumph. Of course, the votes are yet being counted and you could excuse Trump this lapse in manners. But darkness is setting in, for him.

Donald Trump: Footnote in HistoryBut then, he could have stayed put and stayed quiet as all the vote counts began to be highlighted on the networks. That he has not done, for he has refused to believe he has lost or is losing the election. His battery of lawyers, helped not a little by his desperate family, has been running around all over the place questioning the counting of the votes. Where he has won, there is no complaint. Where he has lost or is behind his rival, he sees dark conspiracy at work.

It does not matter, though. Trump will certainly remain part of history, as a disturbing footnote in it. Or you could simply say that he will soon be history, in other words forgotten. That is a matter of satisfaction for a majority of Americans and indeed for the world. But what is not satisfaction is the detritus the Trump presidency --- and we include in that all the men and women who have massaged his ego, have gone along with him in an undermining of social and political values --- will leave behind. That detritus is the terrible division, the unbridled hate, the racism he has wreaked in these past four years.

American history, in modern times, has been a praiseworthy tale of Presidents reaching out to all sections and all classes of citizens once they have won the White House. Basic decency has characterized the men who, before the improbable arrival of Trump four years ago, have served as their nation’s leaders. George HW Bush was beaten by Bill Clinton in 1992. On the day Clinton was inaugurated in January 1993, the outgoing President left a note in the Oval Office for the incoming President, wishing him well. In 2000, the Supreme Court prevented Al Gore from taking over the presidency and handed it to George W. Bush. Gore conceded the election and congratulated Bush. In 1976, Gerald Ford lost to Jimmy Carter and then the two men went through a gentlemanly period of transition between their administrations.

Examples of such politesse are galore in American political history. But such examples have not mattered for Trump. In a political tradition where serving presidents studiously avoid making any criticism of their predecessors --- and where former presidents have stayed away from taking issue with their successors on matters affecting the country --- Trump has been a horrible aberration. He has flailed away at Barack Obama. In 2016, he felt absolutely no embarrassment in repeatedly, and publicly, excoriating Hillary Clinton as ‘Crooked Hillary’ and teaching his diehard supporters the indecent slogan of ‘Lock her up!’ During the presidential campaign just ended, he continuously sought to insult Biden by referring to him as ‘Sleepy Joe’.

In these past four years, Trump’s behaviour, at once uncouth and a mark of political illiteracy, was enough for his living predecessors to shun him. He has not respected anyone and in turn he has not earned the respect of anyone. The one person he has cared for is himself. In the high office where leaders read books, peruse newspapers, keep in touch with the world, get briefed by advisers and enlighten people around the globe with their wisdom, Trump has not read any books or any newspapers. He has presided over a philistine presidency that knew not the sophistication called urbanity. He has spent four years watching television, especially the incendiary Fox TV that has kowtowed to him, and tweeting his insults and his anger at nearly everyone or beyond him. Presidents grow in office, as Harry Truman did, as indeed Ronald Reagan did. Donald Trump did not grow in office. He made the office shrink. As someone put it so well in the early days of his presidency, the White House with Trump occupying it had become America’s biggest day care centre. The petulant child playing around in it, in chaos and in riotous excitement, was Trump. He appointed people to his administration in the manner of a man handing out largesse to supplicants and then sacked them through tweets.

And look at the minions who have come and gone in his White House. His press secretaries have been willing accomplices to his traducing of people and institutions through his lies and his insinuations. Men like Jeff Sessions and John Bolton went over to him, only to find the heat too much to bear at a point. Rex Tillerson, the oilman who ended up heading the State Department, called Trump a moron and then lost his job. Mitch McConnell and Lindsey Graham have encouraged him in his violation of basic norms of behaviour. A very large number of those who have worked for Trump, not with him, have had the courts deal with their malfeasance. All around him have been men of questionable moral character or absolute incompetence. Good men like James Mattis soon saw through the pointless presidency they served and made their way out of office. Trump’s nepotism came through in his family operating in all its crassness in the White House.

American Presidents have rarely been men obsessed with self-adulation. Donald Trump has been obsessed with his genius, which was never there. Barack Obama he could not stand, John McCain was the target of his insults. He perfected the term ‘fake news’, but would not see that the president in him, in its failure to live up to the calling of the office, was fake. He picked fights with journalists at White House press conferences. He suffered from the delusion that the crowds at his inaugural four years ago were larger than those at Obama’s inaugural. White supremacists were men after his heart. QAnon he loved. But the Black Lives Matter movement failed to move him. His sexual proclivities have been a shameful episode in American history.

The wider world will not regret the passing of the Trump presidency, for he damaged the world with his absence of diplomatic skills and with his ignorance of international relations. He undermined the Iran nuclear deal; he turned his back on the Paris climate accord; he engaged in talks with Kim Jong-Un with results yielding a zero; he humiliated himself through a trade war with China; he inflamed passions in the Middle East by moving the US embassy from Tel Aviv to Jerusalem; he pulled back on the diplomatic opening made by his predecessor on ties with Cuba.

Donald Trump does not understand science, which is why he has never been able to comprehend the gravity of the coronavirus pandemic. He has no respect for religion and yet has stood before a church flaunting a Bible in his hand moments after forcing people off the street in order to give himself a photo opportunity. Trump has looked down on Muslims, on Mexicans, on Hispanics. He has referred to the coronavirus as the China virus and Kung Flu. For long years people will remember his reference to America’s dead soldiers as suckers and losers.

Donald Trump did not make America great. Now that he will leave the White House, it will be for Joe Biden to make America great again, truly and really, after four years of the steep decline the country has gone through under Trump.

The sins of Donald Trump are legion. He will walk away into the night --- will not be not missed, will soon be forgotten.

In 1974, in the aftermath of Richard Nixon’s resignation over Watergate, President Gerald Ford told Americans that their long nightmare was over.

With Donald Trump’s presidency vanishing amidst the chaos which passed for his administration, America’s second nightmare is about to come to an end.