The Flipside of US Presidential Election 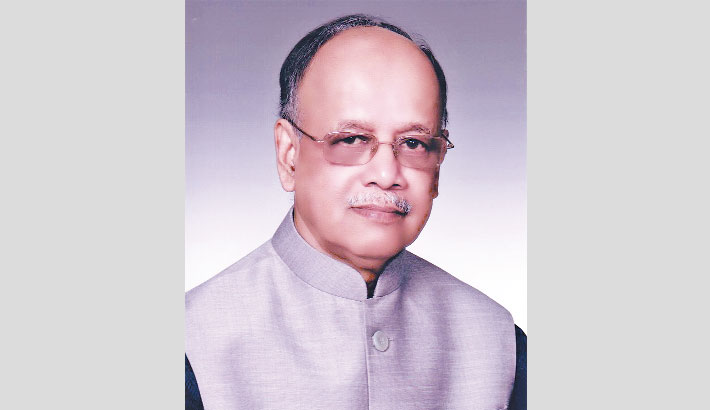 On 3rd November the people of United States, supposedly the world’s most powerful and democratic country, went to elect its 46th president for the next four years. US election has always been the most complicated one anywhere in the world and even most Americans, I know, have no clear idea exactly how their president gets elected. Usually the electorates get more swayed by emotions rather than by rationale and logic or allegiance to a particular political party. It is a country where the candidate who gets the highest popular votes may not get elected; the one who gets less popular votes may go to the White House, the presidential palace.  Five times in history presidential candidates have won the popular votes but they lost the election to the number of Electoral College, the proportionate representatives of voters from each of the US States and the DC, excepting Maine and Nebraska. The last candidate who lost the election in spite of the fact that she got three million more votes than her opponent Donald Trump was Hillary Clinton in 2016. In 2000 George Bush jr. was declared elected by the US Supreme Court after three months of holding the election without counting the votes in Florida because of technical glitch. Once the vote was counted later it was found that his contender Al Gore should have been in the White House instead of George Bush Jr.

The Electoral College system of electing the US president was the outcome of the 1787 Constitution Convention. At that time one of the hardest to resolve issue was how to elect the President. The Founding Fathers of US debated for months, with some arguing that Congress should pick the president and others insisted on a democratic popular vote. The convention representative came to a conclusion which currently is known as Electoral College. The 50 State and DC have 538 total electoral votes and for any candidate to win will have to have 270 votes in his or her bag. The more populous a state is more is the number of its electoral votes. Whoever wins the highest popular vote in any particular State gets all the electoral vote. In Nebraska and Maine the votes are divided on the basis of proportion of popular votes each candidate receives.

In the just concluded election out of five Electoral College votes in Nebraska Donald Trump, the Republican Party candidate got four votes, the other one is going to Joe Biden the Democrat candidate. In Maine it was three for Biden and one for Trump.

The American presidential elections are held every four years and just a year before the two active parties, the Republican and the Democratic Party select who would run for the election. Unlike most other countries people hardly know who would be the party candidates till they are nominated. Those who are nominated may not even have any past strong political affiliation. Donald Trump was known as a business tycoon, once sponsored a professional wrestling team and even ran an illegal private university. Barack Obama was virtually an unknown candidate, thought he was a state senator, though he was once elected a Senator. Joe Biden, the Democrat candidate in 2020, tried to get his party’s nominations on three different occasions – 1987, 2008 and 2016 but failed to get it. He is now 77 but has a political track record of 50 years. Nationally his only identity as a Democrat presidential candidate is he was Barack Obama’s Vice President.   US presidents, though considered to be very powerful, are often under the control of the US Senate and Congress. He can choose his functionaries and also reserves the right to fire them anytime if he desires.

The 2020 US presidential election is important for many in US and outside for different reasons. First during the last four year rule of Trump, US has shrunk in size as a global power, its economy slumped, though the corporate world enjoyed certain economic benefits in terms of tax benefits, the common people’s economic ability became weak and the country became racially divided beating all previous records. Trump had a remarkable ability to blame others, especially China and Mexico for his country’s economic slowdown and he even started a suicidal trade war with China. He blamed Mexican and other immigrants for job losses of American citizens and even went a bit far to blame China for the Covid-19 pandemic. He alienated Iran, a nuclear power for simple political gains and once wanted to destroy North Korea but again went to meet North Korea’s megalomaniac President Kim Jong-un with an olive branch.

Trump is extraordinarily talented in political rhetoric, is highly racial in his outlook and would not hesitate to support the white supremacists, and according to many analysts it is difficult to tell when he is telling the truth or which of his announcements are not. According an estimate by the Washington Post during Trump’s four years’ presidency he told twenty thousand lies. He was recently tested Covid-19 (corona) positive and was sent to an army hospital. After three days he returned to White House claiming that he has been cured and refused to wear a mask in public places and inspiring his supporters not to do so. On the day of election on 3 November more than one hundred thousand new cases were detected having corona adding to the existing cases of 9.58 million and so far two hundred and fifty thousand Americans lost their lives to this pandemic. Trump remains defiant.

This year’s US Presidential election comes at a global pandemic time, US being the hardest hit. As expected the Republicans nominated the incumbent President Trump (74) to run for his second tenure and Democrats picked Barack Obama’s Vice-president Joe Biden. Both the candidates are quite old to run for a public office as important as the US presidency. While Trump picked his vice-president Michael E Pence as his running mate Biden picked Kamala Harris, an attorney who has served as the junior US senator from California since 2017. Kamala has mixed parentage, father being a Jamaican while her mother is an Indian. Donald Trump in his usual rhetoric in a passing by remark mentioned Joe Biden if elected will last four month and the presidency will go to Kamala, meaning Indian. Biden earlier had health related issues.  By saying this Trump has driven another wedge in the white non-white divide America already suffers.

Trump is his pre-election public rallies played to the gallery, to the applause of his supporters and categorically said that there is a conspiracy to defeat him and even when to the extent saying that even if the polls decides his defeat he will refuse to accept it. From the very beginning he keeps on reiterating that conspiracies are going on to defeat him through different types of election fraud. He was not only making a mockery of the system but also undermining the American democratic values. In case the election results shows he has lost to Joe Biden, instead of accepting the  defeat he will go the court which he eventually did on Thursday though  no results were declared as to who was the winner. He just sensed his defeat.

The US has approximately 151 million registered voters of which majority are women. Usually the American soldiers and its citizens living or temporarily away from their voting bases during the election time are given the privilege to vote by mails or cast in advance their votes going to the designated polling centres. But this privilege will differ from state to state. In the US, States decide many of the election rules and there is no central control over the system. But this time due to Covid-19 the advanced voting privilege was extended even further to include anyone who would not go to the polling centre on the day of ballot because of Covid-19. Furthermore there is something called provisional vote. If a voter cannot produce a proper ID or is identified to have registered in two constituencies or changed his residence without notifying the local voting office he may vote but it will be separated from the rest and will be subject to count after verification.

Strangely, till filling of this commentary on the afternoon of Friday the complete results are not known and US is still waiting to known officially who would be its next President. Indian electorates elect 543 Lok Sabha members in five phases but once the election is over the results are declared in about twenty four hours.

Even after the US presidential results are officially declared, the battle for the White House may not be over for weeks or even month as already Donald Trump time and again has declared that he will not accept defeat and will fight the last battle in the local courts and if necessary may also go to the Supreme Court. This will further widen the crack in the US presidential system. To further complicate the situation Trump supporters in many states have already taken to the streets protesting according to them `conspiratorial’ ballot counts and demanded that the counting be stopped immediately. In many cases they have intimidated the volunteers who are tirelessly working to finish the counting. In some places few protestors were seen wielding fire arms. In Portland, Oregon the protests turned into rioting and National Guards had to be called in and arrests were made.

Eventually America will have a President for next four years but the nations have been divided in the middle. Commentator Ronald Brownstein writing for the Atlantic on 4 November commentated this is more of ‘A cold war between Red and Blue American’ meaning a big divide between the Republicans and the Democrats.  Though during the last four year rule of Trump the African-Americans were subjected to extreme intimidation and torture in many places by white police and in spite of the fact that they launched a movement called ‘Black Life Matters’ this time more Black Americans, 11 to 12 per cent,  voted for Trump. Though Trump’s one of the major declared policies is anti-immigration 28 per cent of Indian-Americans supported Trump and in many places Bangladeshi-Americans have formed groups and brought out processions supporting Donald Trump. When asked by one of the local media about the strange behaviour of these immigrants’ strange behaviour he said that those who are already American citizens do not want others to come in and chip in into their opportunities and job market.

Whoever makes it to the White House at the end of the day, the world awaits the return of an America that its founding fathers dreamt of – a land of equal opportunity and free from all sorts of discrimination. The world waits for a saner US foreign policy that will make the world a more peaceful place to live and look up to America for many of the solutions of the problems that plagues the world. Let good sense prevail.