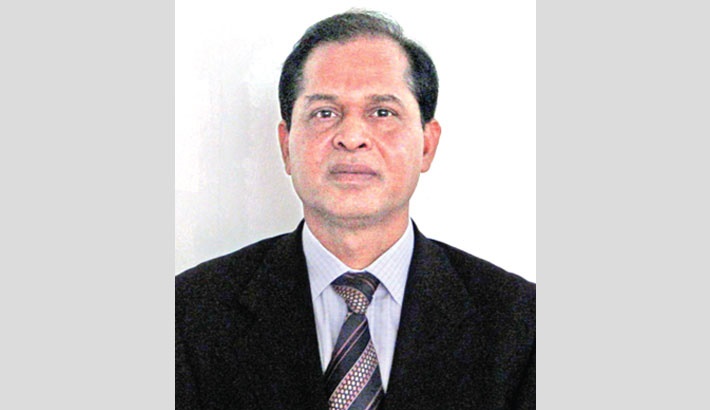 Father of the Nation Bangabandhu Sheikh Mujibur Rahman arrived in Cairo on 5 November 1974 on a five-day official visit to Egypt. At the airport, he was received by the Egyptian President Anwar Sadat.

The bilateral meeting between President Anwar Sadat and Bangabandhu Sheikh Mujibur Rahman was scheduled to be held on 7 November at Koubbeh Palace. But President Sadat had suddenly felt sick with influenza. So, their meeting was finally held on 9 November night. When Bangabandhu reached the Presidential Palace at 7.30 pm that day, President Sadat hugged Bangabandhu. The formal meeting between the two leaders lasted for an hour in a very cordial and friendly atmosphere.

The two leaders discussed all issues of mutual interest. They discussed the prospects for peace in the Middle East, Bangladesh's efforts to establish peace in the sub-continent, and major international issues including issues related to the Islamic Conference and the Non-aligned developing countries. Bangabandhu expressed his deep satisfaction over the development of relations between Egypt and Bangladesh and expressed confidence that the bonds of friendship and brotherhood, and cooperation between the two countries would be gradually strengthened.

Bangladesh and Egypt expressed similar views on various issues in the Middle East and the world. Bangabandhu and President Sadat discussed the situation in the Middle East in detail and expressed their full support to the decisions taken at the Arab Summit held in Rabat.

The two countries agreed to form a Joint Committee for cooperation in all fields including economic and cultural fields. In all cases, the Joint Committee would be responsible to devise the ways and means to develop cooperation in various fields between the two brotherly countries. The Foreign Ministers of the two countries would jointly lead that committee. Besides, at the end of the meeting, an agreement was signed between Bangladesh and Egypt for closer cooperation in the field of education and culture.

President Anwar Sadat hosted a dinner in honour of Bangabandhu Sheikh Mujibur Rahman. As President Sadat could not attend due to his sudden illness, Vice-President Hussein El-Shafei represented him at the dinner. In his dinner speech, at the outset, Bangabandhu said, "Today, in this historic city of Cairo, I am very happy to be with the brothers and sisters of the Arab Republic of Egypt. I am impressed by your warm and sincere welcome.” He said that Bangladesh and Egypt were bound by the ties of history, tradition, culture and religion. The common policy of socialism and Non-alignment has further strengthened the ties between the two countries.

Bangabandhu said that the people of Bangladesh attached special importance to strengthening fraternal relations with the Arab world. He said, "Traditionally we are attached with the Arabs. Therefore, we consider every problem of the Arabs as our own problem.” In his speech, Bangabandhu fully supported the right of self-determination of the people of Asia, Africa and Latin America. Regarding the existing economic crisis in Bangladesh, he said that the people of Bangladesh were facing the situation with courage and patience.

Expressing his deep respect to the leadership of President Anwar Sadat, Bangabandhu said, "Truth and justice are on your side and you will surely achieve the ultimate victory."

Egyptian Vice-President Hussein El-Shafei spoke on behalf of President Anwar Sadat. He said that his country would continue to stand beside Bangladesh in its struggle for peace and reconstruction. Referring to Bangladesh's unwavering support for the Arabs during the October War against Israel, Mr. Shafie said that the Arabs would gratefully remember the moral and practical support of Bangladesh. It is to be noted that during that war Bangladesh had sent a medical team and tea to Egypt.

Egyptian Prime Minister Abdel Aziz Mohamed Hegazy called on Bangabandhu at Koubbeh Palace on 6 November in the evening. They exchanged usual courtesies and talked about various bilateral and international issues.

On 6 November, Bangabandhu paid a visit to the eastern Suez area. There, at a luncheon, he addressed a group of officers of the Egyptian Third Army. He said, “We can value the sacrifices made by Egypt. Bangladesh may not have enough material resources to support your cause, but shall always stand by you in whatever way we can. Bangladesh will always remain ready to sacrifice in furthering your cause.”

Paying tribute to the heroic struggle of the Egyptians against Zionism, Bangabandhu boldly said, “We stand by you at all times. You are fighting for a noble cause, the cause for justice, fair play and equity. You are fighting for the vindication of your national dignity and honour. The ultimate victory is yours.” He also said that in the struggle between falsehood and truth, falsehood might temporarily win, but ultimately truth shall prevail and be established.  Bangabandhu praised the valour and heroism of the Egyptian forces who demonstrated their valour in October war and remarked, “When justice fails, truth fails, ......., shining words do not win, but ultimately truth triumphs.” Comparing their struggle with that of the Bangalees, he noted, “We know the value of sacrifice.” He further said, “Our commitment to the Arab cause is total and unequivocal and we stand by the Arab brethren. The Bangalees do not know diplomacy when they extend support to someone and we do not know to talk things in roundabout way.”

In the evening, Bangabandhu visited the thousands of years old pyramids at Giza, a few kilometres from the city centre. The pyramids were illuminated and presented in a myriad display of light and shade with commentaries and songs from the background to narrate the history of ancient Egyptian civilisation. He also visited the Sphinx nearby.

Bangabandhu, on 8 November, went to the historic city of Luxor, which is about 500 km from Cairo. We know that present-day Luxor was the ancient city of Thebes, the capital of the New Kingdom. The Nile passes away between its two parts - East and West. Luxor is one of the few cities in the world those accommodated huge numbers of monuments. Bangabandhu also visited the nearby temple city of Karnak, situated on the east bank of the Nile River. He spent the night in Luxor.

The next day, Bangabandhu went to Aswan to visit the 3.8 km long Aswan Dam. Starting the construction work in 1960 with Soviet’s money, the dam was completed in 1970. Soviet Union had not only financed the construction of the dam, but provided all necessary technical and equipment supports. In fact, it remains as a symbol of friendship between Egypt and Soviet Union. From Aswan, Bangabandhu returned to Cairo.

On 10 November morning, just before leaving Cairo for Kuwait, Bangabandhu met the press people. At the beginning, he gave a statement and then responded to the questions of the journalists. In his statement, he thanked the Egyptian government and the fraternal people of Egypt for their cordial welcome and warm hospitality.

Responding to a question on Bangladesh’s relations with Pakistan, Bangabandhu said that despite his country's continuous efforts to establish lasting peace in the sub-continent, Pakistan did not respond. Pakistan did not even give the proper share of the properties to Bangladesh. He further said that Bangladesh was keen to build a peaceful environment on the basis of mutual understanding. For this purpose, he went to Lahore and invited the Prime Minister of Pakistan Mr. Bhutto to visit Bangladesh.

Bangabandhu said, "Bangladesh will remain committed to establishing peace in this sub-continent, in our region and in the world." Congratulating the decisions of the Rabat Conference as historically significant, Bangabandhu declared his full support for the implementation of the just rights of the Palestinian brothers. He mentioned the firm support of the seven and a half crore Bangalees in the just war of the brothers of the Arab countries. At that conference, Bangabandhu called upon the developed and rich countries to come forward to address the problem of starvation in the developing countries.

In response to a question on the flood situation in Bangladesh, Bangabandhu said that two-thirds of Bangladesh had been inundated by the recent floods. With this crisis in the war-torn country, the international inflation crisis had been linked. As a result, the situation had become complicated.

Bangabandhu said that the close relations between Egypt and Bangladesh were getting stronger. He said, "I have exchanged our views with your great leader, President Anwar Sadat, and other leaders on issues of two countries’ mutual interests."

Bangabandhu said, “During this visit, we had the opportunity to visit different parts of your great country. We have the opportunity to see the magnificent monuments of ancient Egypt at Luxor and Karnak, and the achievements of green modern Egypt due to the contribution of the Aswan Dam. Wherever we have gone, we have been fascinated by the far-reaching development and construction works. These are the hallmarks of your country's steady advancement towards progress.”

Referring to his visit to the Suez Canal area where the heroic Egyptian forces had achieved glorious victory in the October war, Bangabandhu said, “We welcome the historic decision of the Rabat Conference and reaffirm our full support for the just rights of our Palestinian brothers”. He pledged to work together to achieve the common goals of the two countries as members of the Non-aligned and the Islamic Conference. He said talks between the leaders of the two fraternal countries had opened up new avenues of cooperation. He hoped that the relations between the two countries would gradually grow stronger.

It is to be noted that the two leaders met in Cairo for the fourth time since the first close personal interaction at the Non-aligned Summit in Algiers. Earlier, they had met at the Islamic Summit in Lahore and during President Sadat's visit to Dhaka.

Cairo's political circles had considered the talks held in a friendly atmosphere not only significant in terms of the two countries relations, but also in the development of the just interests and the creation of favourable conditions for the developing countries.